Anyone who has tasted Fire Cider knows exactly why it's called Fire Cider. The recipe has been around a very long time and many, many people make it. Some make it and sell it. A company has Trademarked the name 'Fire Cider' and is 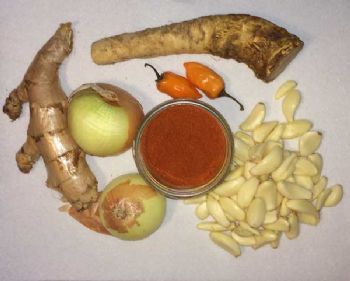 now running around suing herbalists for using it. There are books by Rosemary Gladstar with the recipe in them - they were published long before the company applied for their trademark.

I can only imagine that the entity which gave them a trademark on the term was simply ignorant of the facts - trademarking the term 'Fire Cider' is akin to trademarking the word 'Tincture' or perhaps, to be more analogous, 'Rhodiola Tincture' and then expecting every herbalist or company in the country to honor the trademark!

I'll be honest, when I first heard about this, I truly believed that the people who had taken out the ridiculous trademark would wake up and leave others alone for making something they've made for DECADES. But no. Now this company has decided to sue those who are bringing attention to the matter.

Please go to Free Fire Cider and sign the petition, make a donation if you're able and so inclined or send an email of support. www.freefirecider.com