God Wants You to Join the Party! 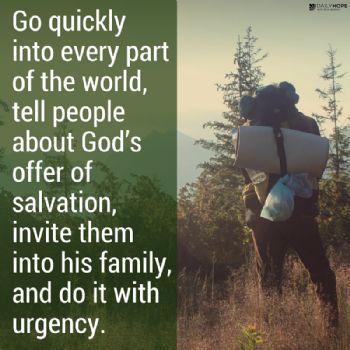 Jesus told a story to explain the party that God has invited you to: “A man prepared a great feast and sent out many invitations. When all was ready, he sent his servant around to notify the guests that it was time for them to arrive. But they all began making excuses. One said he had just bought a field and wanted to inspect it, and asked to be excused. Another said he had just bought five pair of oxen and wanted to try them out. Another had just been married and for that reason couldn’t come.