Well I am proud to say that this morning my alarm went off at 5 and I looked at it for a few seconds and thought it would be SO easy to just reset it for 6 and go back to sleep. But that is one of the ways I got to the point that I'm at now so instead I turned it off and got up. I decided to try the second routine on CIZE and let me tell you..it was SO FUN! I felt like I was really learning a dance routine and not just doing a workout video. My Fitbit told me that I burned 508 calories. 508!! I couldn't believe it!

Speaking of calories burned...do you think the Fitbit would be accurate with the 508 calories? I mean it was 46 minutes and I did work my tail off but I just want to make sure it's as accurate as possible. I have the Charge HR. I also have a Polar HRM that I haven't been using just because it's so much easier to use my FB but I'm willing to go back to the HRM if it's going to give me a more accurate reading. Anyone have any thoughts?

So on a personal note, my son had a wrestling tournament this past weekend and he placed 3rd! He also got his first pin! He was so excited and I was shaking I was so pumped for him. The team took 3rd overall as well so it was a great day for the Mountaineers. Here are some pictures from the meet: 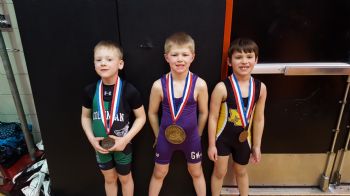 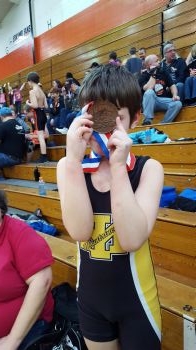 And then on Sunday he went to get his hair cut and he got a Mohawk!! 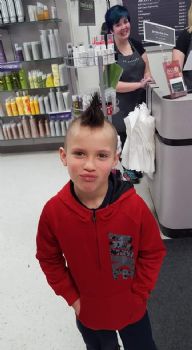 And he has been begging me to dye his hair pink. I found some spray on color that washes out with one wash and we decided why not do it today? 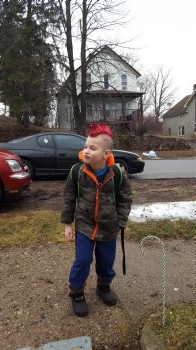 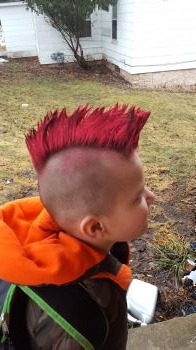 Who ever said boys were no fun? LOL This weekend we have a break and I'm getting my hair done and we are going to relax! He signed up for Soccer last night and that starts towards the end of May and my husband will start his league around that time as well..it's going to be a busy summer!