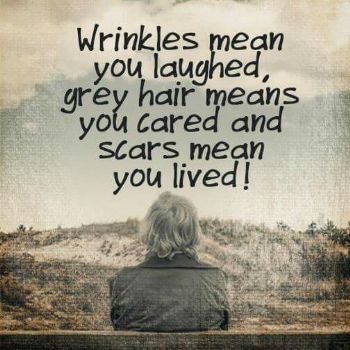 Yesterday, I went to visit my Aunt and Uncle in Clear Lake, Iowa. I had not seen them in a year, and heard that my Uncle isn't doing so well (they are both 88 years old). I have been a consistent visitor to them since I moved to Minnesota, now 20 years ago. They live two hours away, and they used to live 2500 miles away, when I was in Southern California, so it has been a treat to live closer. My Uncle is my Mom's older brother, and one of the reasons I went, is because I wanted to talk to them about my Mother, and her memory issues. They told me that Mom didn't send them a Christmas card this past year, and she has done Christmas cards ALWAYS. I told them that I didn't get one either, and the reason she didn't send one, is that she was not up to that task. She isn't, and it will get worse. They both asked me why nobody told them before this. I said, I can't believe you have not been told this. My sisters went down and saw them last week, and said nothing. I'm not big on hiding stuff, and not being honest and real about everything. So, I told them ALL of it. My Aunt cried, and told me that she loved my Mom. I got tears too, and told her and my Uncle that my Mom loves them just as much.

We ended up talking for more than five hours, about Mom, about my Daughter, about life. They are magnificent people, and I love them dearly. My Uncle is having trouble with a lot of things, but we don't know exactly what they are, because he won't go to a doctor, and has not been to one for over 40 years. We sat at their house, then went to lunch, then he left to go to do some work on one of his farms. My Aunt told me how poorly he is doing, and the fact that he has not been to a doctor in years. She and I ended up talking for another hour, about him, and about life, and about my darling Daughter, who was named for her.

Neither my Aunt or Uncle is very demonstrative. One of my favorite things yesterday, was that my Uncle grabbed my hand, told me how much it meant to him that I had kept in touch, been to MANY Thanksgivings and events at their house, and how much fun it was to have me, and how glad he was that I made the trip. It was my TREAT to be with them, and I was incredibly touched at his words. I looked at him and told him that I loved him, and I would be back. He patted my hand. That was his "I love you, too", which I understood clearly.

Often, it is said about Norwegians that they are not demonstrative. My Mother, and my Uncle are 100% Norwegian. My Mom figured out how to hug, how to say I love you, and I think some of those stereotypes are from a few generations ago. My Uncle isn't demonstrative, but he clearly knows how to love.

As I left my Aunt, I told her that I was so glad that she was the example and namesake for my DD. As soon as I knew I was having a girl, I knew I would name her after my Aunt. I told my Aunt that I couldn't have picked a better person to have my DD emulate. I hugged her (SHE'S a good hugger!!), and she told me to stop it. NEVER! It's all true.

Tomorrow, I head for Colorado to visit with my AWESOME and spectacular older brother. I get to see a Nephew, one of my cousins, and spend time with my Brother and his wife. I am looking forward to all of it.

This blog was about aging, and my point is this. My Aunt and Uncle are 88. They are smart as ever, have great humor, and the packaging may have fallen, but those magnificent inner cores are still there, shining through. Wrinkles, scars and grey hair, are the indicators of a well-lived life. Never be afraid to show your badges of a life lived courageously.