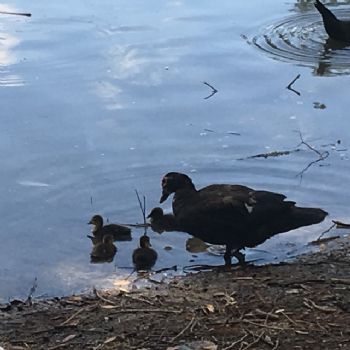 Been off SparkPeople for a while. Had Hurricane Hermine here in Florida. Was supposed to be moving at time it came along. Have been catching up ever since. Lol More storm damage and interruption here than would've originally thought. "New" house had much work to do--just started right after storm Ronald it somewhat habitable!--but then knocked down utility wire during storm. Was really interesting to see just how people coped--or whined--with subtle and real inconveniences. Having been homeless and fairly impoverished, as a First World poverty-stricken person is able to be (in other words Nothing like our Third World sisters and brothers!!), it didn't really phase us. We grilled our dinner for three night guys, opened the windows, sought refuge in air conditioned buses and at Publix (where we also charged our phones and computers), joked with neighbors about our "hardships". So grateful for for being able to be grateful. So many people, situations, institutions, things, nature, and most of all: God. Faith, conscientiousness, humor, ability, compassion saw us through. We had it easy compared to now in our current situation with this new old house. Lol All things shall pass. Teaches you new things about you and your surroundings. Gratitude. 😁
Share This Post With Others
Report Inappropriate Blog
Member Comments About This Blog Post