Rising From The Ashes

This has been a challenging year or so for me, and my family in so many ways.....

Financially things have gotten rocky due to a lack of work hours bringing in considerably less money than usual. Physically because of some health issues. But perhaps, most difficult of all due to the emotional aspect of having to say that "Final Goodbye" to too many loved ones, both friends and family members.

My older sister celebrated her birthday on January 30th, then passed away on February 17th. She was a "Phoenix" who rose from the ashes numerous times throughout her lifetime from a myriad of serious health concerns, including having Polio as a young child, and having had 5 open heart surgeries over the last 6 years. She always felt there were still so many things for her to live for, but after contracting shingles last fall, her immune system slowly started shutting down until her eventual passing in February.

She simply could no longer "Rise from the Ashes" as she had so many times before over the long years of her life. We were not really close any more, but it was still a shock and she will be missed by all who knew and loved her.

Just 10 short weeks ago, on June 26th we had to make the heart wrenching decision to let our wonderful Phoenix go to The Rainbow Bridge. He was my youngest offspring's -DD Meaganne's - unofficial service dog, and owned her heart and soul for 12 1/2 short years. He had suffered from multiple health problems since he was just a couple of years old, including being poisoned by Blue Buffalo dog food which caused Grand Mal seizures, neurological damage and chronic digestive problems, but like my sister he always "Rose from the Ashes".

He was always a sweet tempered dog - not a nasty bone or thought in his furry self. He would do anything for Meaganne and certainly made her life much easier over the years - she had a spinal injury when she was only 13 and lives with severe chronic pain all the time.

Phoenix made us laugh with his antics in the Obedience ring, during demonstrations for seniors, school children, and various youth groups. No matter what health problem plagued him he always scared us half to death, then like a true Phoenix, survived to "Rise from the Ashes" again and again. His last 3 or 4 days though, he looked ever so tired, his balance deteriorated significantly and he wasn't really wanting to eat much. It was time - there would be no more Risings for him.

We are still grieving the loss of this ever so special dog, but feel the healing process taking place slowly - our own "Rising from the Ashes" so to speak.

Then with no warning, our beautiful Arwen stopped eating on Wednesday night last week. Outwardly she seemed and looked physically fine but had a touch of the runs so we presumed she probably just had an upset stomach.

However, she had to have food in order to have her daily pain ( arthritis ) medication, so since she wasn't willing to eat even a biscuit on Thursday we took her into the vet for a pain shot as well as an anti- nausea injection. She didn't look at all well by late afternoon, so we booked another appointment for Friday to do blood work along with possible x-rays.

Walking up the ramp into the clinic on Friday was difficult for her, and once in an exam room she just lay down on her side and didn't even look up when the vet came in the room. After another good going over, we were offered various suggestions, but all agreed that they were not likely to give us any concrete answers as to the source of the problem.

Whether her severe lethargy, loss of appetite was based on something physical we weren't aware of, or grief at the loss of her beloved Phoenix, or a combination of both things we'll never know for sure,

However Arwen had made the decision for us - there would be no "Rising from the Ashes" for her, so we let her go to The Rainbow Bridge on Friday September 1st just 9 weeks and 4 days after Phoenix.

She too was a very special little girl - always making sure that we were well aware of her opinion regarding any of the things we asked her to do..... She spent much of her life giving us the proverbial finger / toe and that long suffering look of hers that said " Your'e kidding me right?" or "Sorry, that would be for the dumb boys to do...NOT me!" She was bonded to Phoenix, not to the humans in her life - humans were best used for food and car rides, but not much else....

Now there is just poor Brinx left here to try and understand where both of his buddies have gone. I wish there was a way to explain it to him. This is the first time in more than 30 years that there is only one of my wonderful Collies in the house - it feels very strange!

As we walk through our lives, we are faced with situations that can devastate or strengthen us immeasurably, in just a mere instant. How we respond to them is what matters - do we sit back and let them "burn us up" or do we, like the mythical Phoenix "Rise from the Ashes"?

These life altering moments can be emotional, physical, financial - they can seem trivial to someone else, even to ourselves at a later date, or be absolutely earth shattering to deal with.


Losing someone for whom you have loved deeply is always hard, but when they have lived a good , long life I think is perhaps just a little bit easier to deal with, especially if there have been ongoing health problems. Losing a youngster or someone with no warning at all makes a difficult time ever so much more difficult to understand and cope with.

But cope with it you must, or eventually you will drown in the dark abyss of sorrow. You need to honour those you have loved and lost by remembering the good times, the shared laughter, the hugs and cuddles , stories - all the wonderful things that made up the bulk of your times with them.

I am slowly trying to "Rise from the Ashes" of this newest emotional shock - it will take some time, but rise I will. The alternative is incomprehensible to me.

What about you ? Will YOU "Rise from whatever Ashes" come into your life? I surely hope so!!! 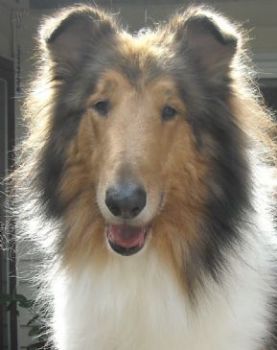 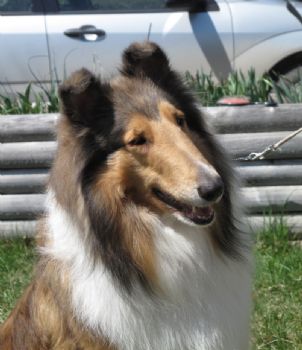