The last time I went Europe, it was also the year I'd been laid off. I was laid off again about 3.5 years after that. It's five years since that first lay off. This year, I decided to celebrate getting a new job by going back to Europe. I did a lot of number crunching and a trip to Greece turned out to be the most affordable. Got a great deal on the flight and hotels.

One of the things I wanted to do was some hiking. I spent three days in a place called Meteora. It's a UNESCO World Heritage site. That means it's protected. It's famous for having Christian monasteries on top of these massive limestone mountains. The hiking was fantastic. I had a great time.

Here are some photos. 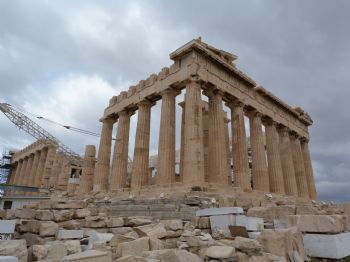 These are the Evzones. They are the famous mountain fighters who guard the tomb of the unknown solider. I saw the changing of the guard. 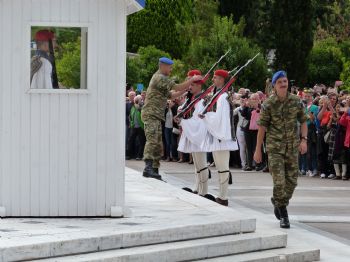 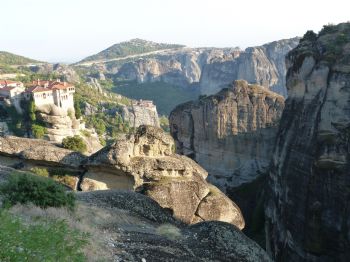 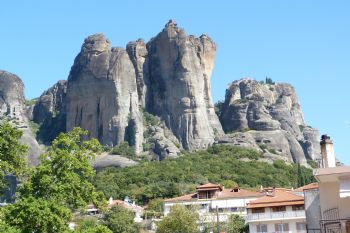 And I couldn't resist. Gelato from an shop in the Plaka. That's a beautiful section of Athens near the Acropolis. It's famous for all it's shops and restaurants. And that was the MINI size! No joke. I can't imagine how huge the large must have been. 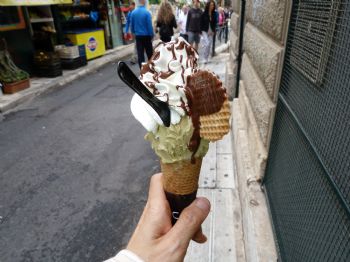 I climbed to the top of Lycabettus hill. It's the highest point in Athens to get this picture. Athens is enormous. It spreads across a huge area. This is just one section. 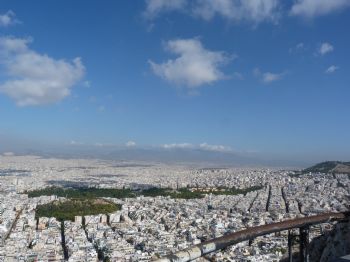 This is Lycabettus as seen from the Acropolis. According to my pedometer app, I walked over 110 miles in seven days. I was averaging 12-19 miles a day. I did a lot of walking and hiking. 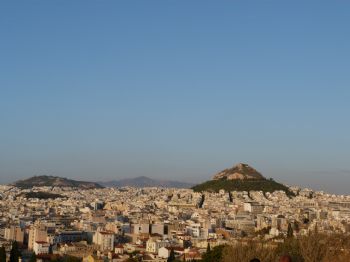