Last week I went back to my roots for a few days. I was born and brought up in Folkestone (In the South East of England right on the coast) but moved to the Midlands to college and then for work. However, my friend Sue wanted to visit some of the places in the South East and, of course, she needed a tour guide.

We went as far as London after Church on Sunday (20th) and stayed at my sister's overnight. Then, at 8.00 next morning, we were off. First stop was Dymchurch, a little west of Folkestone. I've always been amazed by the fact that Dymchurch has remained such a small town. The next village, St Mary's Bay is also very small. The reason this amazes me is - just look at the beaches! Miles of fantastic sandy beach, with loads of shells - and so under used! 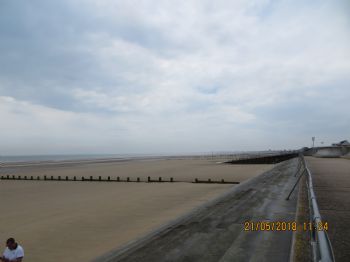 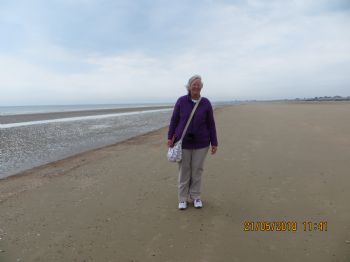 There are a couple of Martello towers at Dymchurch. There are a lot of them around the south east coast. They were built in the early 19th century to keep Napoleon out! This one is open to the public at weekends - we missed it! 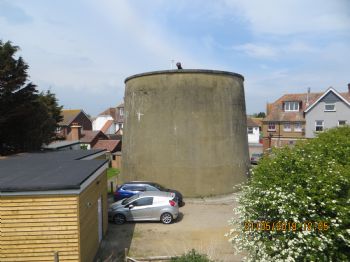 You can just about see the cannon on top of the tower.

We had a big disappointment next. I used to take my Mum to a place on the Romney Marshes called the Philippine Village. It was so interesting - houses and shops selling Filipino goods, and all set out just like a Philippine village. Sue really wanted to go there and so did I. Well, the website showed plenty of info about it and gave the address. But my satnav kept taking me to a place called Joe's Café! In the end I stopped and went in and asked about the Philippine village and it turned out it had been closed for more than 6 years. Hmmm. Why are they still displaying their website?

We went on to Rye, which is a really interesting ancient town. 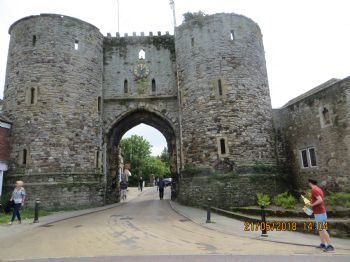 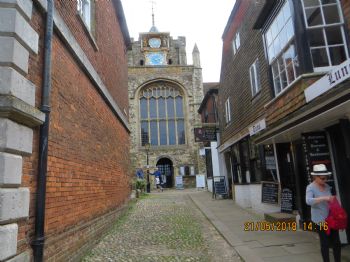 Rye is one of the 'Cinque Ports' - historically ports that were important in the defence of the South East of England. We didn't have as much time there as we would have liked as we needed to get to Folkestone to check in to our hotel.

We stayed at the Southcliff, which was incredibly cheap and quite basic - but we were so lucky to get a room with a balcony and a sea view. I forgot to take photos on my camera (I took some on the phone) so here's one from when I stayed there with my sister once before. 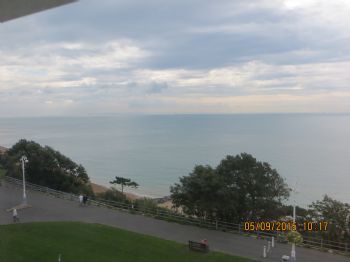 In the evening we went for a meal to my old Church, where I grew up and was baptised. It is now a Wetherspoons Pub (The Church has a newer building on the outskirts of the town) 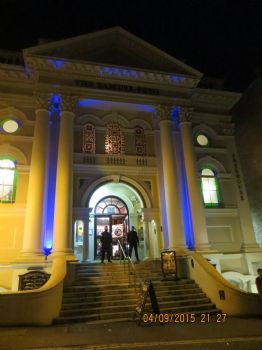 There was just time for a walk to the harbour before bed time.

Wait a minute - is that a house in the middle of the harbour? 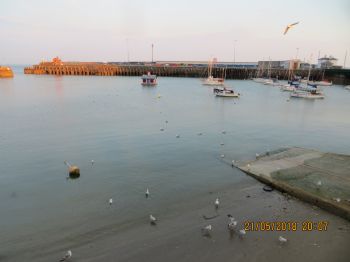 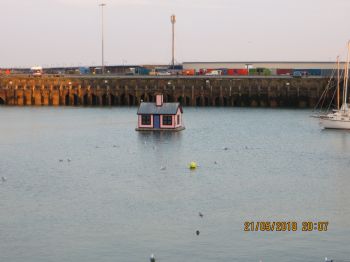 Folkestone used to be a thriving holiday town, but with the trend for people to holiday abroad, and with the advent of hundreds of illegal immigrants (it's very close to Dover, where thousands of people came over from Calais) the town became very run down. However, over the last few years they have worked so hard to improve it and a local business man has put millions of pounds into helping Folkestone reinvent itself. A big focus of the town now is art - and art projects seem to pop up in the most unexpected places - including a house in the middle of the harbour.