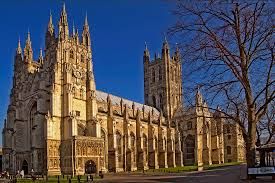 Sue had Canterbury Cathedral on her bucket list. I had been many times as a child, but was happy to go again. It didn't look quite like the picture though as lots of repairs are being carried out inside and out. It was expensive to go in, and then we paid extra for a guided tour. We were really lucky though as there were only 4 people on that particular tour, and we had a very enthusiastic tour guide who gave us far more than the expected hour's tour.

The Cathedral was built in the 11th century, but other parts have been added since. 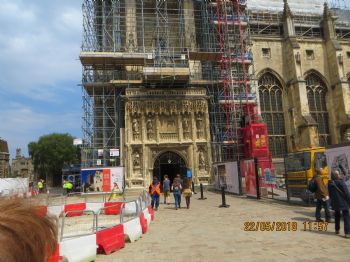 This was what the front of the Cathedral actually looked like. 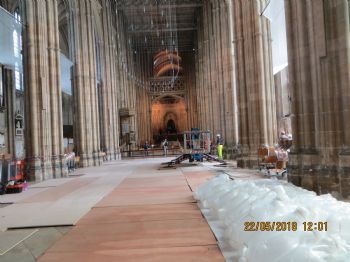 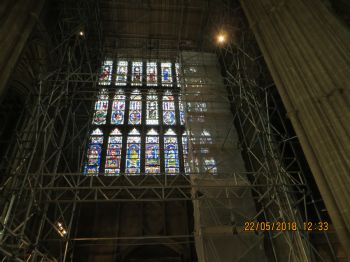 I found this bit interesting in the Cloisters. They had a big fundraising drive in Medieval times, and those who made a sizeable donation had their coat of arms displayed on the ceiling. That sounds so like today! 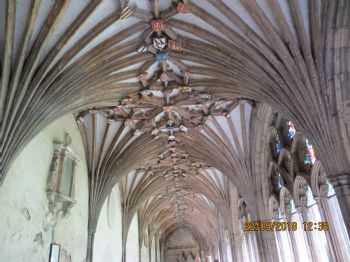 You may know that Thomas a Becket was murdered in Canterbury Cathedral because he didn't do something that the king wanted. Pilgrims used to travel to Canterbury to visit his shrine - Chaucer's Canterbury Tales are the stories that one group of pilgrims told each other on the journey walking from London to Canterbury. His shrine was destroyed during Henry VIII's reign but this one was set up more recently. You can see that the replicas of the 4 swords of the 4 knights who killed him have been arranged to look like the cross of Christ and of the 2 thieves.. 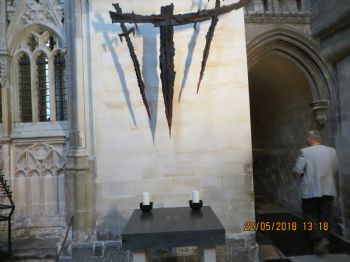 Here are a few more pics of the Cathedral. 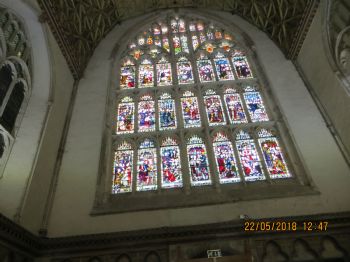 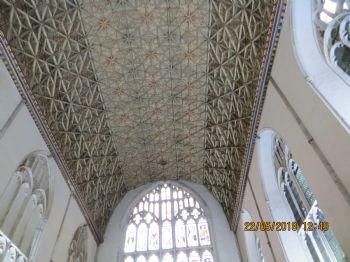 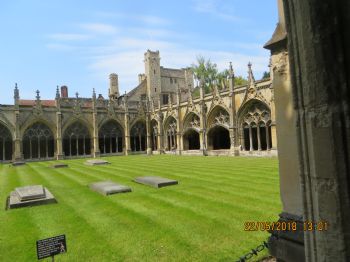 The stained glass windows were wonderful, but the pics didn't come out too good. Sorry.

Canterbury is a great mix of the old and the new. It has a decent modern shopping centre, and there are also some wonderful old parts. Several of the buildings are made of flint stone. 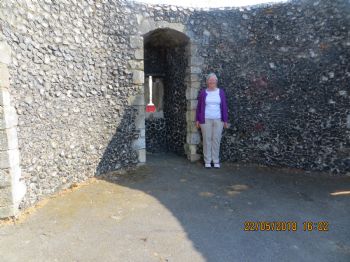 Here's me standing by something built of flint - but I forget what it is!!

And here's a few other interesting buildings. 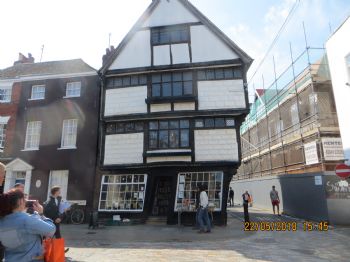 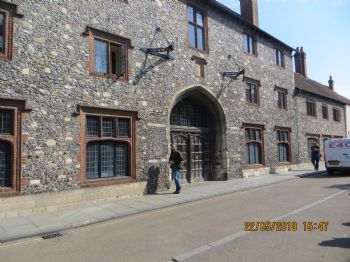 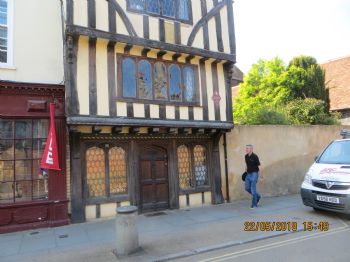 We got to walk around the top of the city walls, and that gave us some nice views over parts of Canterbury. 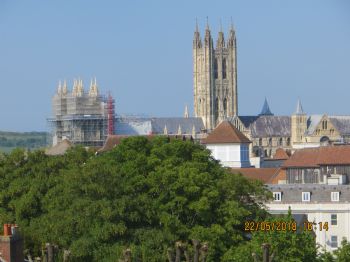 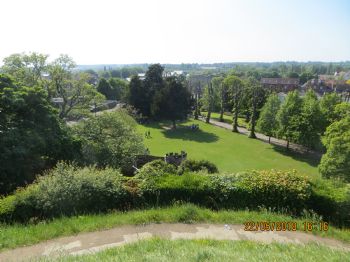 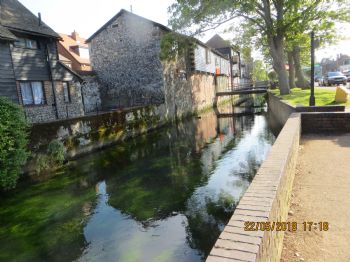 By the time we got the bus home we were shattered! I think we only managed about 18,000 steps that day, but it also included a lot of standing and listening. It was a great day though. I'd researched a pub where we could get good food quite cheaply and it was on our bus route home - so we got off the bus, had our food, and got the bus an hour later back to Folkestone. No after dinner walk that night - we were so tired.