Wednesday was going to be a take it easy day after the exertions of Canterbury. We decided to have a ride on the Romney Hythe and Dymchurch Railway. This is a small steam railway that starts at Hythe and goes as far as Dungeness, travelling through Romney Marsh - about 13 and a half miles..

We started our restful day by walking to Sandgate - who wouldn't? Walking along the Leas above the sea, and then down the path to Sandgate and walking right beside the sea. Perfect. We came to Sandgate Castle, built in 1539. 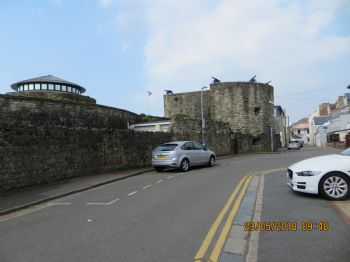 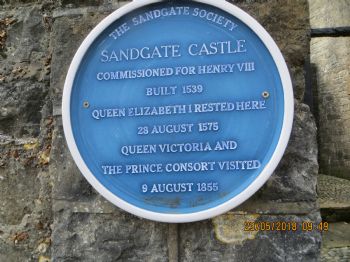 Then we caught the bus into Hythe. Hythe is a lovely little town. Obviously it's very close to the sea, but it has stony beaches. But there are also beautiful canal walks. 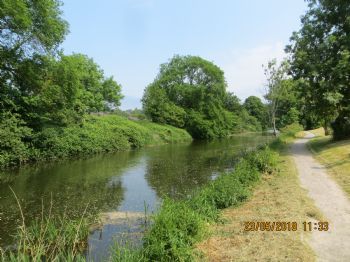 Ah, and here comes our train! 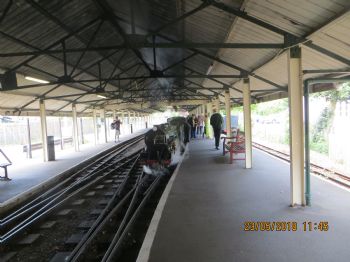 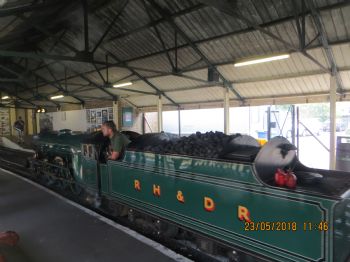 The train went through Romney Marsh as far as Dungeness. Romney Marsh is low land, famous for its sheep. There are ditches dug by the sides of many of the lanes to hold the excess water and prevent flooding. Romney Marsh sheep have no tails. I'm not aware of other tailless sheep in UK. The first time I saw sheep with tails I was so shocked because I thought the Romney Marsh ones were the norm. They are born with tails, but the farmers put a constrictive band on their tail and it falls off in a couple of days.

Sorry - I didn't take a pic. By the time we went the lambs were almost as big as the ewes, as the ewes had been shorn, but here's a google pic for you. 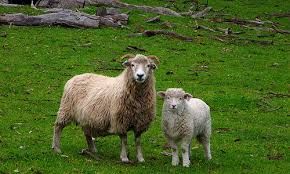 Eventually we got to Dungeness. Well, I've been before, but Sue had no idea what to expect. 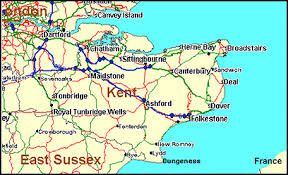 Dungeness is the bit that sticks out into the sea near the bottom of the map. On a clear day we can see it from Folkestone. It's reclaimed land where the sea has changed the shape of the coast and it's a very bleak landscape, but a haven for unusual wildlife. 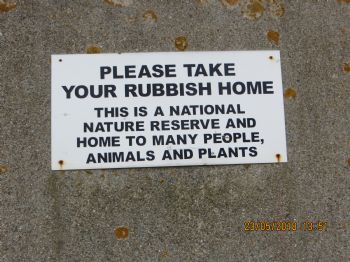 We got the feeling that it's also a haven for unusual people! There were a few houses and lighthouses scattered randomly around! Notice how far inland the lighthouses are. As the coast changed, they had to keep building new lighthouses. I think there are 4 and I think they've given up now! 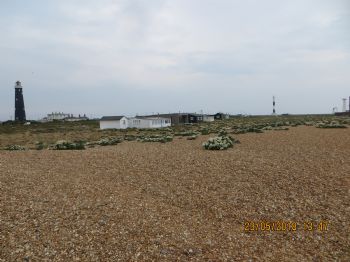 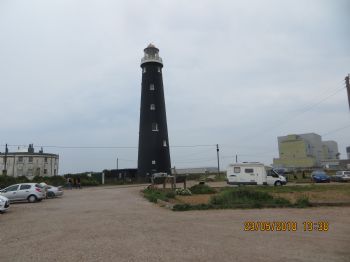 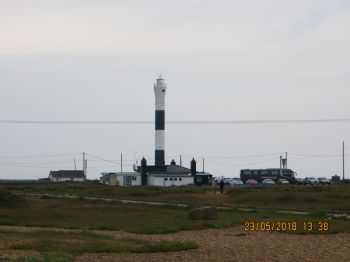 Oh, I nearly forgot, the main attraction of Dungeness is the nuclear power station. I thought they'd closed it, but it still seems to be being used. 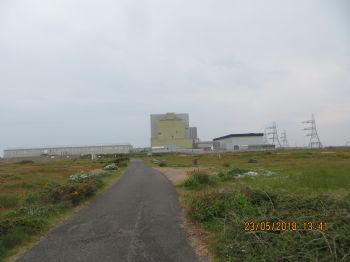 And, as we went away in the train, yet another lighthouse! 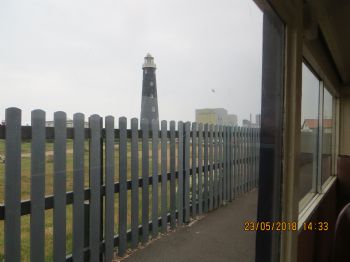 and notice, about a mile inland, the land is still covered with stones from the beach! 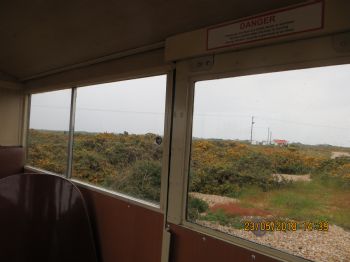 We managed a short walk after dinner, but our restful day had made us quite tired. We notched up nearly 23,000 steps each that day.