On Thursday of our holiday we went to Dover on the bus. The town of Dover isn't very grand, but the castle has the reputation of being the best in the world.

I didn't take this pic! 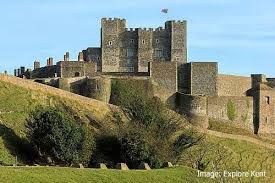 It was built in the 11th century and it's still in wonderful condition and it has an amazing history.

Outside the castle is the church and the Roman lighthouse. 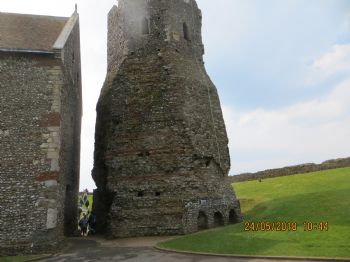 (This is what remains of the lighthouse, right next door to the Church.) 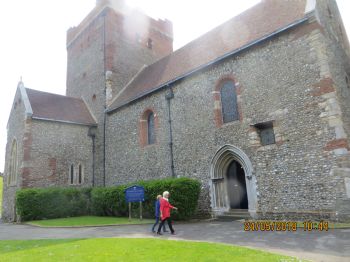 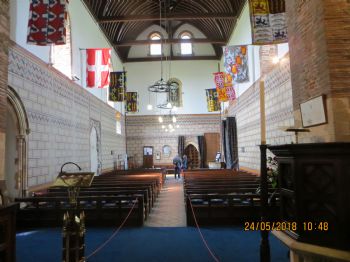 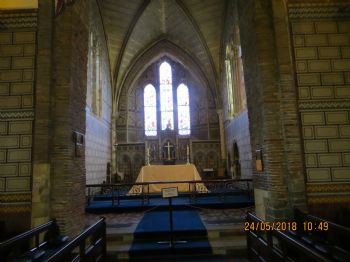 The castle itself had interesting displays as some of the rooms were furnished as they would have been at some point in its long history, The spiral staircases were still in great condition and we were able to go right to the top of the castle and see some of the amazing views. 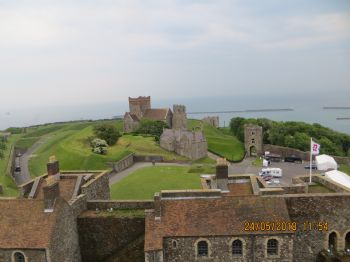 We also walked around the outside castle wall.

The part I had never seen before was the underground tunnels. These were used a lot in the second world war, some as emergency hospitals (we got to see the underground hospital and operating theatre). Some of the tunnels were also used for all kinds of war work, including masterminding and organising as much as possible of the rescue of British forces from Dunkirk. We saw a lot of the equipment used at that time. Also, from that tunnel, false messages were sent out to put Hitler off the trail.

The question was asked as to why Dover Castle didn't get bombed in the war - it would have been such an easy target. Apparently, Hitler rather liked it and wanted it for his HQ when he conquered England!

It was such a great day out. impossible to describe (or even remember) everything about it. But if ever you're in England it's a must for a visit. 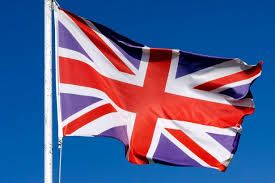