UPDATE ON THE NEVER ENDING JOURNEY.

There has been some changes in my life sine the last blog.
Here's a little back ground on my journey so far,
This is the picture taken on Christmas eve , 2009. I am wearing my usual black in order to give the illusion of a smaller person. 68 years old, weighing 335 pounds.
I would be starting a weight loss program in a week on January 2, 2010. 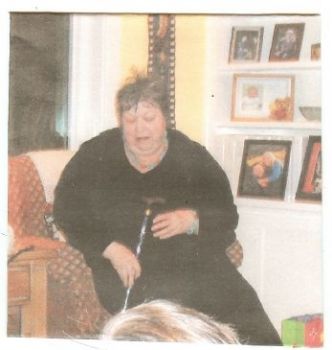 I won't go into the struggles I had to reduce my calorie intake from 3500 a day down to 900, but over a 3 week period that's where I was and would stay at that calorie count for the next 6 months.
I had a good team of doctors, dietitians and therapist. But no matter who's supervising your program, it's up to the individual to do the work.
I joined Spark on May, 18, 2010. Saw an article in a Good Housekeeping and the story of those two women convinced me Spark would provide me with the support I needed.
By November 6, I was at 235 lbs. and attended my sister in laws birthday party.
Bought a new outfit, although it was still black, it wasn't a 4 XXXX. It was a 1X..
I had had to use a walker to get around , due to bad knees. But for the party I was ab.le to leave the walker home and used a cane. I decorated it with beads. That's the artistic me. Ha!!
Here's how I looked that night, 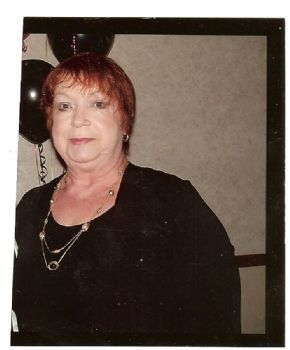 I was working out 4, 5 hours a day at the gym. Lots of water aerobics . They were easier on my bad knees. and other joints. Plus bundled up walks with my Yorkie Titan. He was my exercise buffy. 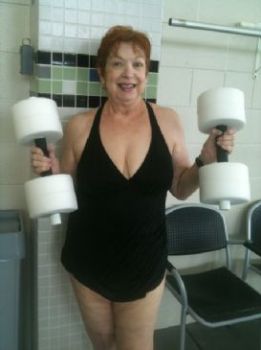 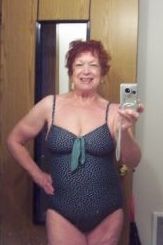 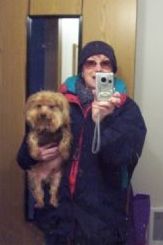 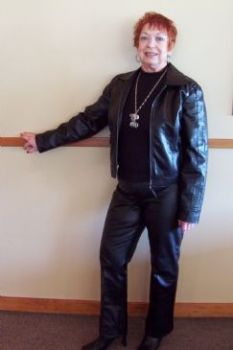 During the next 4 years, I had some struggles. I didn't want to have to work out for 4, 5 hours a day in order to maintain my weight. But when ever I cut back I would put on pounds. I was only consuming about 1400 calories a day.
So with some work with my dietitian we cut back on some foods, changed some other foods I was eating and reduced my exercise to no more that 2 hours a day.
I only eat real foods. No fake, no substitutes., . Whenever you use a food that has reduced calories or ingredients, there's usually something else in it to replace what was taken out. I would rather have the real food, just use portion control.
There was a time in the beginning that I was not allowed certain foods. But over time I was able to reintroduce most foods back into my diet. But with caution and portion control.
I will blog another time more on what worked and what I do to conquer my cravings
I was presented with another challenge in Dec. 2015 when a mammogram came up positive.
I had surgery to remove a tumor and radiation treatments early in 2016. I continue to be monitored and am on a hormone treatment plan.
I remember every time I got up on the table for the radiation treatments I was happy that I was limber and unburdened by excess weight. It made my treatments so much easier.
I was not happy during the Winter of 2016. I lived in Oregon and it was cold and wet and I was miserable
I started talking to my friend who lived in Miami Beach, Fl. We had been neighbors for 15 years and stayed in touch through the last 20 years since I had left Miami Beach and returned to Oregon.
Started making plans to move back to Florida
I weight all the pros and cons. As much as I would miss my friends, family. Give up many of my personal things, and no more craft shows. I decided the weather and better health insurance made it worth while. We had though we might share a place, My girlfriend is my age and we could look out for each other.
I started sorting and donating most of everything I owned That was kind of hard. But material items can be replaced, Happiness and good health are more important.
On Oct. 11, I loaded the van with my jewelry supplies,and a few warm weather clothes.. A TV, PC, Printer, and Titan.my adorable Yorkie. Had a cooler full of snacks and drinks and set
off on a 3500 mile 9 state road trip. .
Traveled down through California, , Arizona, Texas, New Mexico, Oklahoma , Arkansas, Tennessee, Georgia, Florida.,
Checked into Motel 6's along the way and had a wonderful drive , seeing some beautiful scenery along the way.
I arrived in Miami Beach on Wednesday the Oct. 18.
For the next four months I stayed with my friend. But we discovered that we needed space so I moved into a cute little studio apartment in Miami Beach on Feb. 1st 2018. .
I have lovely pool that I use almost daily. 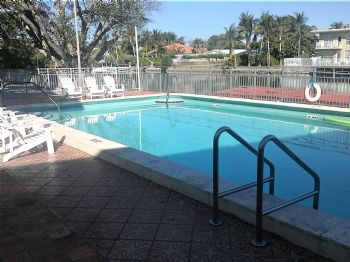 I took this picture in Feb, at my friends condo,. used the mirror by elevator to capture this shot.
I am 76 years old, healthy, active and plan to do all I can to stay that way. 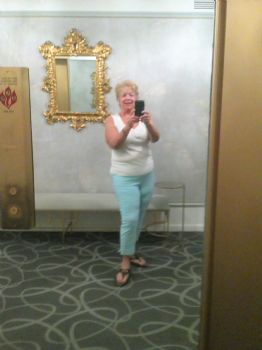 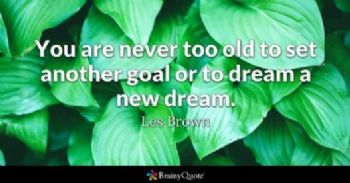 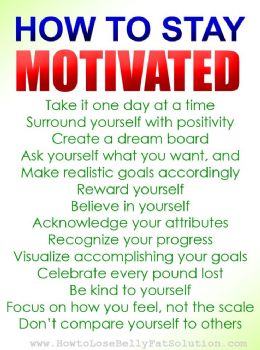 Spark has been a good place for me to get support and info on many subjects. I will remain here for as long as it's available. Log on daily, track food and exercise daily.
We all have to make our own decisions and , choices for what works for us. ,
I just hope I have encouraged others that it's never too late to make changes.
SPARK ON.!