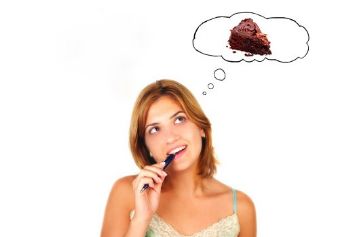 I have a MTHFR gene mutation. (That acronym sounds a lot like it feels, btw - ha!)

It has taken me 10 years to find out exactly what was attacking my body, and better yet - what was causing me to remain in a state of inflammation, despite healthy habits.

It all began in 2007 when I was eating a sandwich, and I had my first experience with anaphylaxis. I did not go into shock, however it was shocking to feel this sudden pain and rejection of food.

Through the years, I have been mis-diagnosed countless times, placed on medications, told it gained weight out of the blue, lost energy, gained massive pain and was told it was all in my head. It was so discouraging to be told there is nothing I can do, and that I was a "mystery" to the medical profession. I continued dieting and purging as I reacted to certain foods.

A few years ago, I began digging into research of my symptoms. It was through Google and YouTube that I discovered many MANY other people who experience these symptoms, and they too were told they couldn't be helped.

SOME of my symptoms are:

I have been walking around for years feeling terrible, despite a healthy workout routine and diet. I have yo-yo dieted in the past - I have gained 10 lbs. at a time and slowly lost weight. I've done nutritional cleanses where I would drop several sizes, but my symptoms remained.

I found a woman called Yasmina Ykelenstam who has dominated the internet with her brilliant case studies and protocol to Histamine Intolerance. Her Facebook Group, called "Healing Histamine" literally saved me. She taught me about this gene mutation and the effects certain foods will do to my internal organs because of it. And, basically, the cells are creating their own fat during a reaction. Yes - my cells are FAT!!

This led me on a quest to fulfill a team of health professionals (Natraupathic Doctor, Acupuncturist, Nutritionist, Life Coach, Shamanic Healer) who are working to heal me. No more Western Medicine for me!!

In the past two years, I became mainly vegan (occasional eggs and cheese). My Natraupath placed me on a strict gut repair regimen of supplements, Quercetin, Probiotics & Enzymes. This has definitely helped with gut pain and mood, but I have a long way to go to get my energy & inflammation under control.

The food elimination diet has helped too. I have found that I am also allergic to:

So here lies a problem... I am mainly vegan who can't eat rice, night shades, fermented foods, wheat products & the many fruits / veggies that trigger my histamine reaction.

Well, there are still many options - some are not healthy, but when I'm hungry and can't stomach anything but popcorn & dark chocolate, I get my nutrition through smoothies and juicing. ((SIGH))

I fall off the wagon more times that I am on it, but I am not giving up!

As promised, I went into my gym today & did some Qoya dance. It is a start.

{If YOU also have the MTHFR gene, or have Anaphlactic reactions to food, please shoot me a message!! I would love to support you on your journey as well!}