How Patriotism and Fitness Helped my Daughter's Life: A Mom's Story.

So I posted a blog about a wonderful company, Curves and Combat Boots, who had done a lot to help my daughter's self esteem, including making her an ambassador despite her not having the required 500 Instagram followers. And I was asked to remove it. Why? According to the Spark Coach who contacted me, they "don't allow member advertising on the site".

So let me start over:

First of all, I am in no t paid or otherwise compensated in any way by Curves and Combat Boots or any other company I have positively blogged about. I just like helping people! My daughter is not paid, either. I am sharing a story that involves the owner of this company in a deeply personal way:

Lane was an awkward kid growing up. Always very tall (at 21 she seems to have finally stopped growing at 6'1" if that gives you an idea), very thin, and with a not-so-small nose, she was the target of bullying and being the kid no one wanted to hang out with throughout most of her elementary, middle, and high school years. 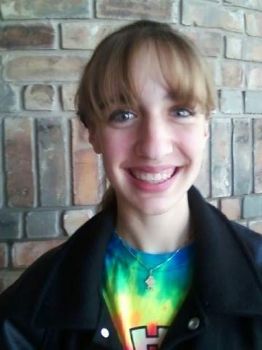 Here she is recently with her three biological siblings (there are 7 kids, total). Bear in mind that she is the youngest here: 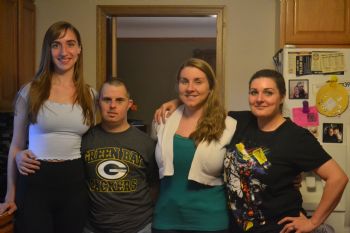 As a mom, this was really hard to watch. I saw the beauty in her- The pretty eyes, the full lips, the gorgeous hair, and the grace that came from dance lessons, making her elegant instead of gangley. But she did not see this in herself. As she aged and matured into high school, she stopped trying in every way she had tried before. Her formerly high grades took a sudden nosedive and she just didn't seem to care about herself so much anymore. Her depression was clearly evident. I got her into counseling, but as someone who'd also been bullied in school is very excruciating to watch my own daughter go through the same thing,

After she graduated high school we moved here to Indiana, where she is a student at Indiana University. She has just entered her senior year. Lane's heart's desire has never fluctuated from becoming a Marine Musician. Every choice she has made in college has been with that end goal in mind.

She LOVES the armed forces: Her mom (me) is prior Air Force, her Dad is a retired Air Force fighter pilot, and one of her brothers was in the Marine Corps. He stepped on an IED in Afghanistan. We thought he might have died. Thankfully, he did not and is (mostly) Okay today. Two of her sisters married active duty military men, and our family's military service record goes back generations. She has done fund raisers for and given herself from her limited college funds to the Disabled American Vets. Since both her Dad and brother are disabled vets, it's a cause close to her heart.

So when she found out that there was a company that made exercise-wear called Curves and Combat Boots, of COURSE she had to get a pair of the leggings! By this time she was heavily training with the Marine Recruiters and had already sworn into the Marine Corps on the Delayed Entry Program. (She leaves for boot camp after she graduates from the Honors Program with her bachelors in US History [of course!] next May.) She needed leggings that could hold up to the tough workouts she was being put through.

As SOON as she received the leggings, she started excitedly talking about them. She took pictures and posted them, tagging the company's owner, Sarah. Sarah is an Air Force Reservist and her hubby is full time Navy. This further endeared Lane to her. Sarah and Lane developed a bit of rapport and Sarah, bless her heart, started giving Lane positive feedback.

Turns out that when someone you respect who is NOT your mom compliments you, you take it much more seriously. 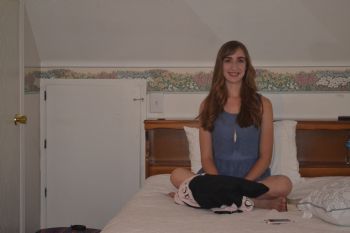 And over time, she started to believe what I knew all along: She is beautiful.

Because, as it turns out, when you get more positive input than negative, you start to believe it.

And what they say about beauty coming from the inside is really true.

She now is, as I stated above, a Brand Ambassador for the company. Consequently her Instagram following has grown. I think Sarah and her husband saw her passion for both her country and the company and made an exception for her. (Her instagram ID is maddox_flute, in case you'd like to take a look. Also, if you order with the company and use this same ID, you'll get a 10% discount.)

I now possess a couple of their bras and a pair of leggings. I have to say that I HIGHLY recommend both, but especially the leggings. They are high enough and thick enough that I don't fear squats (i.e. they don't become see-through when stretched), they have pockets on each leg plenty big enough for a cell phone, a pedometer, or whatever else you'd like to keep with you, they smooth out my "bumps", and the saddle-back stitching is extremely flattering.

As someone who is big-busted I appreciate the bras- I love the cute laced-back design, the cut-out at the base of the band to help with ventilation, and that they aren't too high in the arm pits- They don't get in the way of lifts like chest press. With my daughter's discount code I can get a bra with shipping and tax for less than $40. Anyone who knows workout wear knows that's a deal!

And since I believe other Sparkers might also investigate the company, I included her Ambassador Discount code (maddox_flute) to benefit them, and for no other reason. If you're gonna look them up, why not save you a little money, eh?

But more than anything, I am grateful for the support Sarah has personally shown my daughter, then a complete stranger, and what she has done for Lane's self-esteem. Sarah was, and continues to be, a gift from God.

And may God bless America!