So I'm trying this again.
Four weeks ago I had to put my 14 year old dog to sleep. I was heartbroken, and so was my 3 year old dog. So I got a puppy. A beautiful silver and white pit bull. She was sweet and cuddlely .... as long as it was with a human. when it came to her being with my 3 year old female pitbull, it was a nightmare. So I broke our hearts again and returned her.

After that I decided to just have the 3 year old. That we would be fine. She wasn't. She got depressed and got worse every day.

So I set out to find a new puppy. But this time a male. A calm male.

I found one Saturday.

He is such a chunk! He'll be 9 weeks on Tuesday the 19th and weighs 15 pounds already. His mom looks like a German Sheppard pit mix, dad looks like a boxer pit mix. This puppy looks like ..... a mastiff puppy! He's so wrinkly! and big boned. And calm.

And the 3 year old ... loves him and he loves her. They play so well together.
and the depression is gone. I have my happy energetic furbaby back. 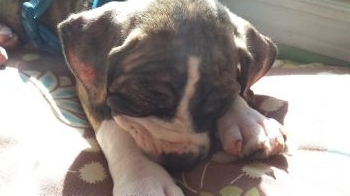 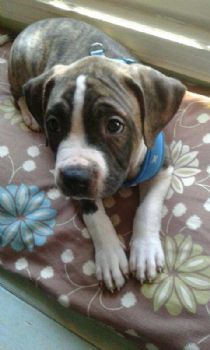 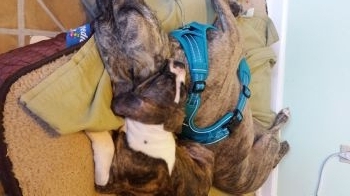 I hope you are having a great day!
Becky