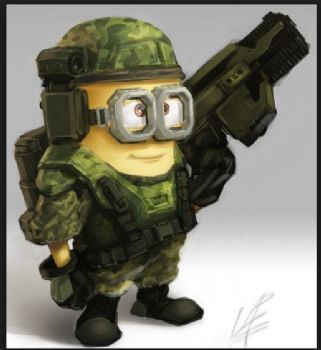 Army Day
Army Day honors those in the United States Army. It was created as a nationwide observance to draw attention to national defense, to acquaint the public with the Army's activities, and to highlight the need for military preparedness. Defense Test Day was held in 1924 and 1925. Congress did away with it and the Military Order of the World War under the direction of Colonel Thatcher Luquer established Army Day, which was first held on May 1, 1928. That date was chosen to try to overshadow the celebration of International Workers' Day by Communists. But, the following year it began being celebrated on April 6, on the anniversary of the United States' entry into World War I. On April 4, 1936, Franklin Roosevelt issued a proclamation for the day saying it should be acknowledged by Congress and be observed nationwide on April 6. Accordingly, Congress passed Resolution 5-75 on March 1, 1937, officially establishing Army Day. The day was last observed nationally on April 6, 1949. It was then replaced by Armed Forces Day. That new holiday did away with officially celebrating days dedicated to the Army, Navy, and Air Force, although Army Day continued to be observed unofficially.

The Army is the land warfare branch of the Armed Forces. It is the oldest branch, and one of seven uniformed services. Along with the Navy and Air Force, it is part of the Department of Defense. The Army is rooted in the Continental Army, which was formed in June 1775 to fight the Revolutionary War. Following the war, the United States Army was created in June 1784. It is the largest military branch: as of 2017 over one million members made up the combined forces of the Regular Army, Army National Guard, and Army Reserve.

Observe the day by thanking those who have served in the Army for their service. If you have been thinking about joining the Army, this may be a good day to do so. The day could also be used to learn more about the Army by reading. In addition, a film that focuses on the Army could be watched.

Did You Know ~
A group of soldiers has several names: a boast, a company, a division, a muster, a platoon, a brigade, or a squad.
Share This Post With Others
Report Inappropriate Blog
Member Comments About This Blog Post