Keto or Not to Keto, That is the Question! 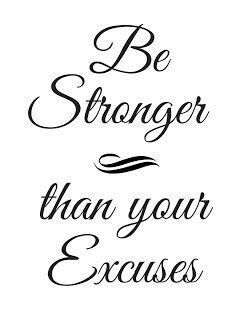 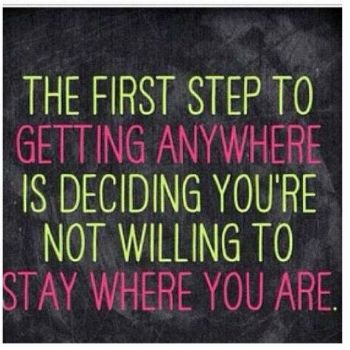 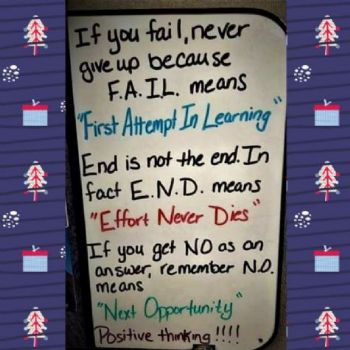 I certainly need these reminders today!!

Without even trying, and still watch what I eat, I have gained weight again! Back up to 213.6 lb. this morning!!

My only consolation is I am NOT the 234 lb. I was nine years ago.

I bought and downloaded some cheap keto e-cookbooks and how to e-books for my Amazon kindle about a month ago. Now to find time to concentrate on them and go for it.

I have two getaways this year to aim to have lost weight for.

One is in June when we go to an amusement park in NY state. We're in Ontario, Canada and my hubby wants to take our granddaughter to a different amusement park each year, starting two years ago. We take a couple of days and drive down. Do a bit of sightseeing as well.

A distant cousin "introduced" me to a long lost cousin on a genealogy website 12 yrs ago when he shared a picture of my great-grandmother. She was also his great grandmother. This relative emailed me about him and I contacted him. He is in Belfast, Northern Ireland. Him and his mom are coming to visit Ontario in July. I definitely need to have lost something by then as we are both shutterbugs!! We hope to meet up a few times while they're here. I've "introduced" him to several family through Facebook.

In September, we are going down to Disney World for a few days. Actually, daughter(age 31),stepdaughter(28) and granddaughter (8) are going for four days in the parks and we're doing 2. We will be with friends in their late 60's, one who lives in Florida. She has a timeshare so we will be staying there, gratefully thanking her because that saves thousands of dollars alone! Our senior friend is slender and could pass for about 10 yrs younger. I want to look as good or almost as good (I'm 55) as her in pictures! Again, shutterbug who wants lots of picture memories! We plan to do some swimming and sightseeing. My fitbit will love me for sure!

However, back to the keto......
My stepdaughter started last fall with keto. Just before Thanksgiving. She's done so well! From size 20-22 to a 14! She was hitting the gym as well almost everyday she said. She feels great. However, at the moment, she's working 60 hr work weeks, so not sure if that's going to hamper her hitting the gym. I'm sure she's at least stretching.

My nephew I saw on Facebook has lost almost 70 lb doing keto. He's a long haul truck driver. I don't see much of him due to his job and he and I were never really close. We're more like strangers unfortunately. But I am very close to his brother and his family who live a few minutes away from me. That nephew is a firefighter here so has a lot of time off. We see each other almost every week. Him and my hubby love hanging out together and doing stuff, even if it's their regular coffee shop meeting or going to Home Depot or just sitting at each other's house talking or helping with yard stuff.

Nephew that lost the weight on keto is also diabetic like his mother and his aunt, and aunt's family!

At any rate, I am sorry for getting off topic. Story teller syndrome! lol
Firefighter nephew's wife lost around 40 lb. on low carb diet. She looks great too! Says she feels great and has more energy.

Nephew Jason that lost weight on keto and also diabetic gives me hope. They say no sugar, but diabetics NEED some sugar so they don't "bottom out".

Considering the keto but with a couple of modifications. I will continue to take my 1/2 tsp. sugar in my coffee. I try to use raw sugar. Also I have one or two cups of tea a day with honey. I don't like sweeteners if I can avoid them I will. Also will have my one potato serving because without potatoes, there is no life! lol I call potatoes a healthy guilty pleasure because they are full of nutrients and you can cook them 100 ways to Sunday.

Keto sounds like paleo and the rest of the fad diets. But at least it's healthy.

I read up on keto last year and the medical experts were saying it wasn't good for the body. However, my nephew and stepdaughter say they feel great. I also remember when my mom was in a nursing home with Altzheimer's. As anyone who has been a caregiver knows they go through stages where they don't eat, and then you can't fill them up. Mom went into a state of ketosis with not eating. I had heard of it and said, "That's not good." Doctor said it wasn't.

So there is my dilemma, especially being diabetic and other health issues.
Follow in the footsteps of people I know it worked for and still is? They've both made it a lifestyle. My stepdaughter said she wanted a bagel for months, finally had one a week ago and didn't care for it now. Hubby refuses to change, even though he's carrying 289 lb. on his 6' frame.
Or follow conventional medical advice and try counting calories and fat grams?

I have those "fat genes" with dyslipidemia. I talked to my doctor back in the early 1990's. Whined at him about the lifelong weight issue and how I could follow the exchange diet, exercise and lose 1/4 lb at best. In the 2010-2011 stretch, I lost 50 and gained some of it back when I got with my second husband. Thank you Grandma who was 4'11" and way over 200 lb.

Well, I am going grocery shopping today. I do shop the perimeter of the store first.
Hard to shop when hubby wants the aisle stuff. Potato chips, pop, etc. I don't eat chips and snacks like that anymore. I have gone without buying them and heard about it!

Thanks for listening and any input about your experience with keto would be so appreciated! 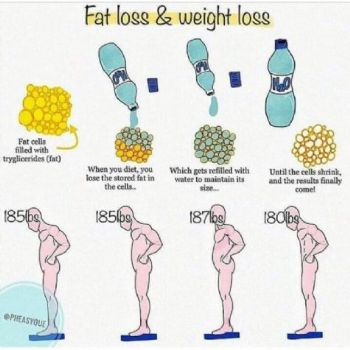 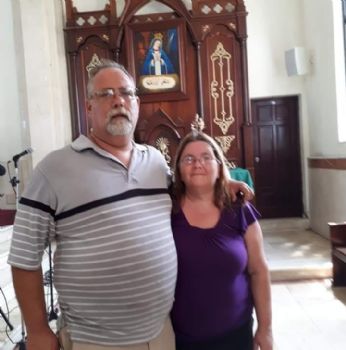 (Hubby and I in Puerto Plata, Dominican Republic last September)