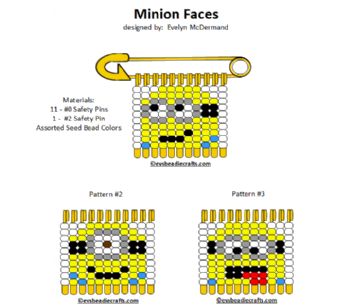 Safety Pin Day
"Ouch!" is not an expression that you'll hear today, thanks to Walter Hunt, who created the safety pin. As one story goes, Hunt, a prolific inventor, needed to pay off a $15 debt to someone, so he decided to invent something and use some of the profits from the patent to pay the person. Now, this does seem a bit dubious, as it would take some time for an invention to get patented, but many sources online claim this to be the case. Hunt received patent #6281 on April 10, 1849, and Safety Pin Day, an informal holiday, occurs on its anniversary. It is believed that he sold the rights to the patent for $400 to the W.R. Grace and Company, and was then able to pay the person he was indebted to. An alternate story says a businessman named Richardson paid him $100 to apply for the patent with the condition he would turn the patent over to him afterward. Whatever the case, Hunt sold the rights and didn't reap the larger financial rewards of the patent.

Hunt made the safety pin as an improvement to the "dress-pin"—he wanted to prevent injuries to fingers and other parts of the body that came with these existing straight pins. He made it with a brass wire, about 8 inches in length. The center was coiled into a spring, and a shielded clasp and a point were at the ends. The spring forced the wire into the clasp, and the clasp protected users and kept the safety pin from opening.

The same basic design that Hunt came up with is still used today. The safety pin is most often used to fasten fabric and clothing but is also used as an accessory, as jewelry, and in place of rings for body piercings. It became associated with punk rock subculture in the 1970s, being worn on clothing and as earrings. Currently, it is still used to pin bibs on the shirts of runners, being much more effective than adhesives. In Ukraine, safety pins are put inside of children's clothes to fight off evil spirits. In Mexico, they are pinned close to a pregnant woman's belly, as this is thought to protect the child. In recent years, safety pins have even been associated with social and political messages, whether being worn by women in India to fight harassment, in support of immigrants in England, or in the United States following the 2016 election.

The precursors to Hunt's pin can be traced back millennia. Ornamental clasps used to hold clothing together, called fibulae, came out in the Bronze Age in Europe when the Mycenaeans began using them in the fourteenth century BCE. The Romans went on to use them on togas, and the Etruscans used them on cloaks and dresses. As they were visible, they became more decorative and elaborate and were made with gold, silver, and bronze. They illustrated class differences and not everyone could afford to buy them. Today's safety pins are affordable to everyone, making it easy for anyone to celebrate today's holiday.

Walter Hunt, born in 1796, came up with numerous inventions, but often did not reap the full economic benefit from them. His first patent, in 1826, was for a flax spinner. Some of his other inventions were a repeating rifle, a fountain pen, and a knife sharpener. His most noteworthy invention besides the safety pin was a sewing machine. In 1834, he built America's first sewing machine, which was also the first sewing machine with an eye-pointed needle. However, he didn't patent this invention, thinking it would take away jobs from those who sewed by hand. Elias Howe patented a similar machine in 1846. Isaac Singer and others copied Howe's design, and a court battle ensued. In 1854, it was settled that Hunt had been the original inventor, but Howe's patent stood because Howe had never pursued it. Hunt died in 1859 from pneumonia at the age of 62, but his legacy lives on with his many inventions and with Safety Pin Day!

Here are some ideas on how to spend the day. Stay safe!

* Get the full story of Hunt and his safety pin by reading Necessity's Child: The Story of Walter Hunt, America's Forgotten Inventor.
* Pay a visit to Walter Hunt's grave.
* Make a safety pin necklace or bracelet.
* If you have piercings, wear safety pins instead of rings in them for the day.
* Adorn your clothing with safety pins for the day, or use them for more utilitarian purposes, such as holding together something that is falling apart.
* Make a homemade safety pin.
* Try to invent something like Hunt did. This may be an even better idea if you owe someone money. You could just tell them that you are going to invent something and are going to use the money you make from your invention to pay them back.

Did You Know ~
In New York a man gets stabbed every 52 seconds. Poor guy.