My youngest offspring, Meaganne, (who still lives at home ) and I really love most of the holidays, but Halloween and Christmas are by far the best!

This year we had almost non - stop torrential rain all day long - which thankfully stopped shortly before our first group of little ones came Trick or Treating! However, the winds started picking up soon afterwards and were so strong that our 3 inflatables had to be moved into the car port and tied to the support posts there.
Still, we ended up with a lot more kids than I thought would brave the elements, although not as many as we've had some other years ( a couple of times we had nearly 200! ). This year we topped out at just less than 90 kidlets overall!

Meaganne is an avid pumpkin carver - she did over 20 of them one year - but this year she decided to NOT do any. She's allergic to the innards so always gets rashes that go part way up her arms, and because she had a spinal injury when she was 13 ( many, many years ago...) her hands cramp badly from all the pressure of carving.

HOWEVER, a few days before the big day, I suddenly had 11 pumpkins in my house! She had changed her mind after we started decorating....

She didn't get all 11 of them done, but came close - finishing her last one as the first Trick or Treaters were at the door! The 3 she didn't get to were all the "warty" covered kinds, so we just put them out as decoration because they looked so cool.

Here's what Halloween looked like at our place this year, at least the things we were able to get decent pictures of.... 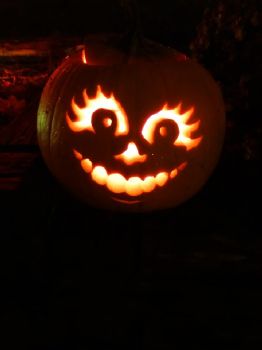 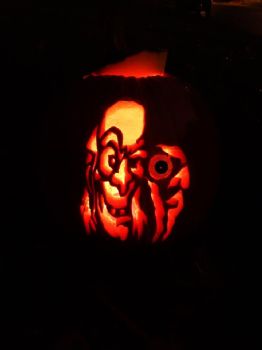 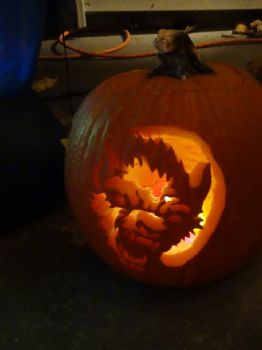 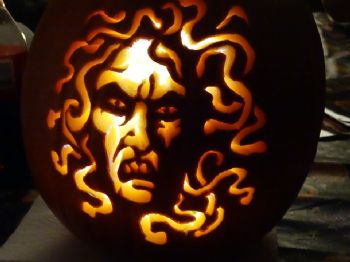 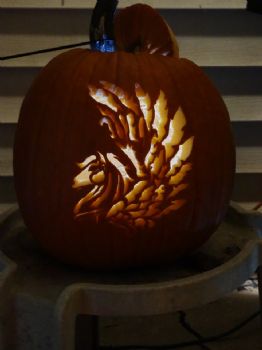 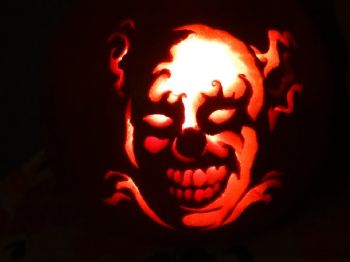 Lit Skeleton in our garden holding the GRIM REAPER 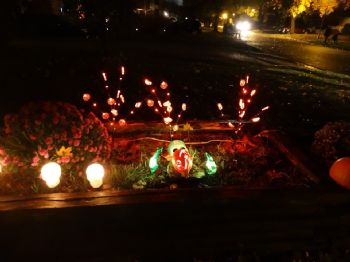 Close up of the GRIM REAPER / skeleton 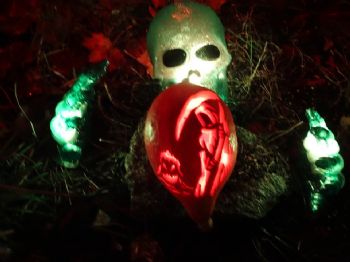 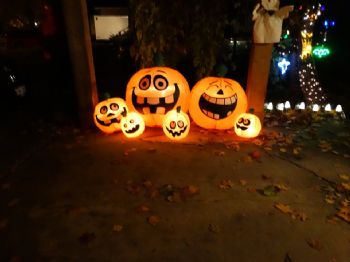 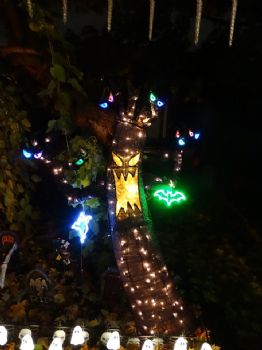 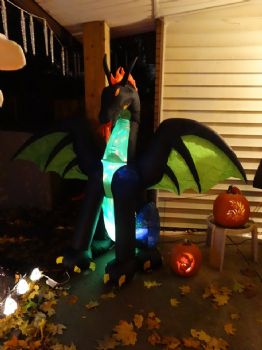 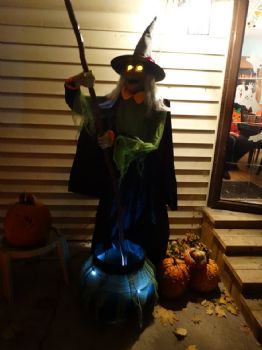 Animated Ghoul with Smcuked Witch inflatable behind it 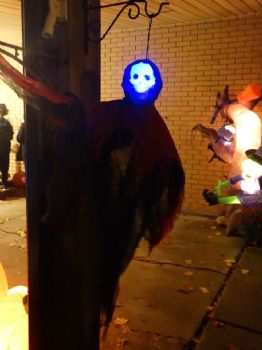 " Cemetery " at side of the car port - there were ZERO leaves here when we started the day.... 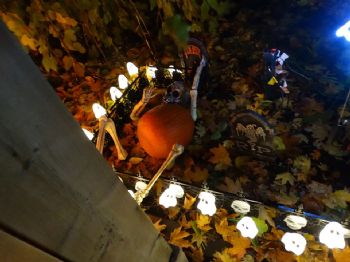 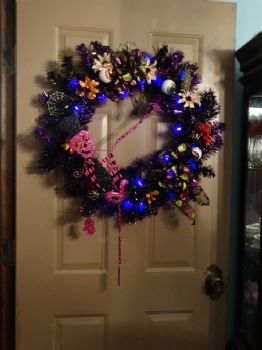