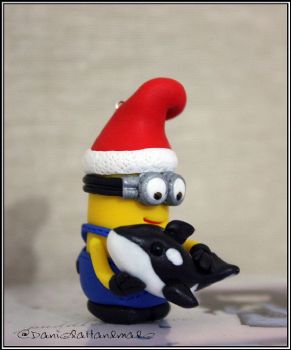 Festival for the Souls of Dead Whales
Festival for the Souls of Dead Whales celebrates and memorializes all whales that have died. Some people thought that it was first celebrated by the Inuit of Alaska, where whaling has historically been important for human survival. It appears that Heather Mayell of National Geographic went to investigate, and could not find any evidence of the holiday in Alaska's Inuit community. She did find that the Inuit have ceremonies related to whales that take place throughout the year but did not find any related to souls. She also found that well over half of the Inuit diet is whale meat.

It is most likely that the holiday was created by someone who was sympathetic to whales who have lost their lives because of whaling. By the mid-twentieth century, whale populations were becoming depleted. The International Whaling Commission was formed to protect whales, and they created a moratorium on commercial whaling. Norway, Iceland, and Japan still allow some whaling, and the aboriginal communities in Siberia, Alaska, and northern Canada are still able to whale as well. Whales have also been threatened by climate change, underwater sonar testing, and water contaminants and pollution.

Whales live in all four oceans, but different species live in different areas. There are two whale suborders: baleen whales and toothed whales. Baleen whales have a comb-like baleen on their upper jaw; it filters plankton, small fish, and crustaceans. Toothed whales have teeth, and they eat fish and squid, as well as other animals and marine animals.

Whales are mammals, meaning they have lungs. Baleen whales have two blowholes, while toothed whales have one. Blowholes are at the top of whale's heads, which allows them to stay submerged while still breathing. Whales can sleep deeper underwater, but they eventually need to come to the surface to breathe. Besides coming up for air, many whales jump out of the water—known as breaching—and also bring their tails above the water and slap the surface.

Whales have one offspring at a time, known as a calf. They feed their young with milk, and their long nursing time builds a strong bond between mother and offspring. Whales have a layer of fat called blubber under their skin, which acts as insulation and stores energy. They communicate by making sounds, some of which can be heard miles away.

Celebrate the day by having a ceremony for the souls of dead whales. A more proactive way to celebrate the day could be to support a group that is working to protect whales. Whale watching is another great way to spend the day. Some nonfiction books about whales or whaling that you could read include On the Northwest: Commercial Whaling in the Pacific Northwest, 1790-1967 and Men and Whales. Some fiction books include Moby Dick and The Widow's War.

Did You Know ~
“I once bought my kids a set of batteries for Christmas with a note on it saying, toys not included.'”