Changes in food stamps in 2020 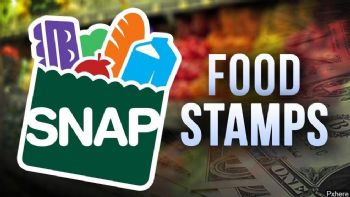 Here is some information in case you, your family or friends or neighbors get food stamps....
I believe the goal is to put people who can work to go to work and to save the country's budget some money possibly.

Food stamp changes coming up in the year 2020 including free lunch at schools.... which will END food stamps for a lot of people.

abled-bodied adults with no kids
the unemployed
the UNDER employed

Here is the link for more information:


Total Trump food-stamp cuts could hit up to 5.3 million households per the CBS NEWS...

Here is the link for more information:

The Trump administration has proposed three changes this year to the federal food stamp program, one of which was adopted last week by the U.S. Department of Agriculture and would deny food stamps to nearly 700,000 Americans.

The two other proposed rules would make it harder for people across the country to qualify for food stamps and reduce aid eligibility for Americans in cold-weather states.
A total of about 2.2 million households could lose access to government food assistance, while another 3.1 million may see reduced benefits, a recent analysis found.

The Trump administration is moving to curb access to food stamps, with U.S. Department of Agriculture Secretary Sonny Perdue last week criticizing the 80-year-old federal program as becoming a "way of life" for too many Americans.


To that end, the government has introduced three proposals that would cut about 2.2 million U.S. households, or almost 4 million people, from the program, while also reducing benefits for another 3.1 million households, according to a recent analysis from the Urban Institute.

The plans — one of which was formally adopted by the USDA last week and would deny food stamps to nearly 700,000 Americans — would make it tougher for millions to qualify for food aid and cut billions from the program's budget.

That information above was posted on the CBSnews and the link is already posted above.
Share This Post With Others
Report Inappropriate Blog
Member Comments About This Blog Post