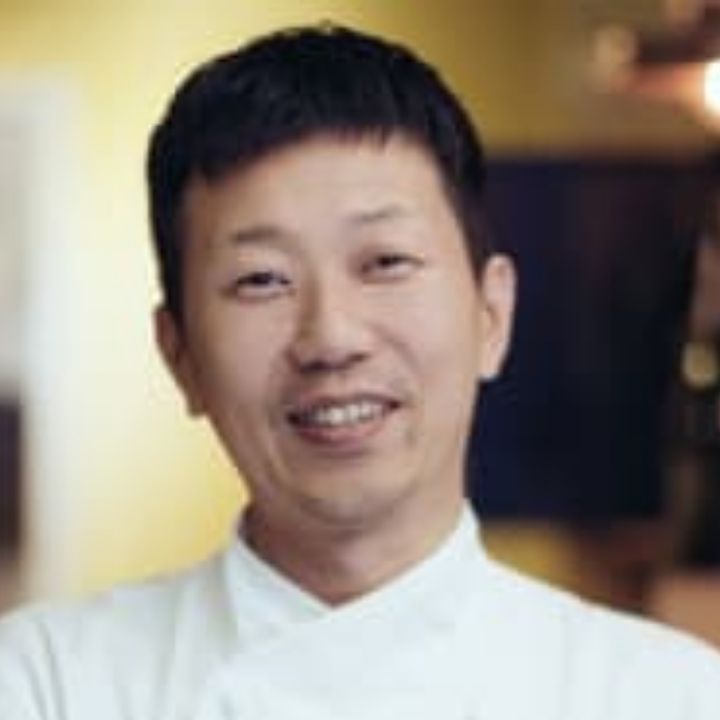 I must say I totally empathise with this South Korean chef. When my grams had the restaurant, the peeps she hated most were restaurant critics. If she knew there was one, she would usually chase them out. If and when we were listed, she would call them and demand we be removed. Her disdain was further reinforced when my father's restaurant won an award and some listings. When we ate at his restaurant at his invitation, she told us to just drink the water and when we got home, she would make us supper. In her words, only dogs could stomach his food. 😂🐶 Mind you, my father was her favourite child too. She called Michelin Missalink as they were obviously the missing link with imbecile tastebuds and missing brain cells. I think she would have liked this Korean chef. 😂 Seoul chef Eo Yun-gwon sues Michelin Guide for including his restaurant Lilit Marcus and Jake Kwon, CNN • Updated 25th November 2019 Seoul (CNN) — Some chefs dream their whole lives of winning a Michelin star. But not Eo Yun-gwon. The South Korean chef is reportedly suing Michelin for including his restaurant Ristorante Eo in their 2019 guide to Seoul, saying that he asked them not to. He is taking action under a South Korean law against public insult, which is similar to American laws around libel and slander. What's the complaint? On November 15, Eo announced on his Facebook page that he had lodged a public insult criminal complaint against Michelin Travel Partner in the Seoul Central District Prosecutor's Office the same day. "I have filed a criminal complaint against Michelin Guide's behavior of forcibly listing [restaurants] against their will and without a clear criteria," he wrote. "Including my restaurant Eo in the corrupt book is a defamation against members of Eo and the fans. Like a ghost, they did not have a contact number and I was only able to get in touch through email. Although I clearly refused listing of my restaurant, they included it at their will this year as well." Chef Eo trained in Milan before returning to his home country. In particular, Eo takes issue with the way that Michelin, which is legendarily tight-lipped about its process, judges restaurants. In another Facebook post, this one dated November 13, Eo wrote, "There are thousands of restaurants in Seoul that are on the same level or better and more honest than those listed on the Michelin guide. It is a sad joke that a mere 170 of them are representing Seoul." According to Eo's Facebook page, he emailed Michelin asking them to remove his restaurant from the guide in all categories and demanded that they explain the rating criteria. He says he wrote in the email: "Numerous restaurants and the workers are wasting away their soul (money, time, and effort) to pursue the mirage that is Michelin star." Michelin released its first Seoul restaurant guide in 2016. Their description of Ristorante Eo specifically cited the chef, stating that "each dish clearly demonstrates his insight into the integrity and simplicity of Italian cooking." Eo told CNN by phone, "Michelin guide is a cruel system. It's the cruelest test in the world. It forces the chefs to work around a year waiting for a test [and] they don't know when it's coming." "It is humiliating to see my restaurant given a rating in that unwholesome book," Eo continued. The Michelin guide, he added, "is blinded by money and lacks philosophy." CNN has reached out to the Michelin Guide for comment. But will it work? Although Eo's suit has already made news in the food world, South Korean criminal attorney Shin Ha-na says that the charges are unlikely to stick. "There needs to be an insulting statement that would cut down one's social standing," Shin explains to CNN. "Usually, there needs to be curse words. Since the guide didn't print profanity, I don't think the charge will stand." However, Shin notes that if Michelin is found guilty, the company will be ordered to pay somewhere between 500,000 to 3 million won ($420 to $2,500 in damages). The repercussions beyond Korea Eo isn't the only chef taking issue with the famously secretive food reviewing guide. French chef Marc Veyrat also sued Michelin in 2019 -- but in his case, it was for taking a star away. The Michelin Guide for France told Veyrat that they were docking one of his stars after reviewing his restaurant La Maison des Bois in the Alps. Marc Veyrat, for his part, claimed that the incident had to do with a misunderstanding about cheese -- the Michelin reviewer believed a souffle had been made of cheddar, while the chef said it was several other cheeses with saffron added to give it the yellow hue often associated with cheddar. He added that he went into a deep depression following the star demotion. "I've been dishonored, I saw my team in tears," he told a French radio station. Veyrat's suit against Michelin will be heard in November in Nanterre, France. No matter what happens with either lawsuit, though, it's clear that Eo isn't going anywhere. On his Facebook page, he wrote, "I will work hard to safeguard the integrity of our industry against garbage critics like Michelin or influencers or the media. I will continue my campaign against Michelin." Ristorante Eo, 15 Dosandaero, 75-gil, Cheongdam-dong, Gangnam-gu Seoul, +82 2-3445-1926
Share This Post With Others
Report Inappropriate Blog
Member Comments About This Blog Post