I can't remember if I've mentioned previously that Ethina a few doors along, is a hairdresser.  She had a salon which she rented from one of her brothers.  Of course during lockdown she couldn't work but was still paying him the rent.  Then she missed a month - whether that was by mistake, or she didn't have the money at the time I don't know.  But he locked her out.  Now hairdressers are allowed to open again, the brother has rented the salon out to someone else and wouldn't even allow Ethina to collect her stock and belongings.  Luckily she was able to go there while the brother wasn't around and the new tenant let her collect her stuff.  Of course there's two sides to every story and I don't know the brother's side but even so, I struggle to understand such a breakdown among family members. 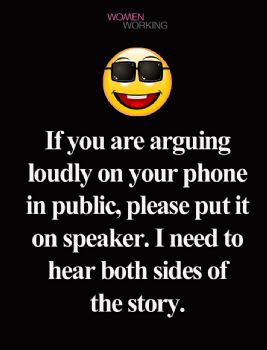 Within my extended family and amongst nearly all my friends for that matter -The ex Worker [?] Friend excluded, it's normal to help each other out. One time many years ago, Nursey hit a sticky patch and had no money for food for her and her children.  I was also going through a rough financial patch at the time and had the sum total of £46 to my name until payday.  I needed to top up my gas and electric but figured £5 on each would do, so I could give her £36.  "Sorry it's not more" I told her.  Some years later, she lent me £3,000 to save my house.  Actually, that isn't true.  She GAVE me £3,000 - it was my choice to treat it as a loan.  She was adamant it was a gift.

My children are very supportive not only of me [and Bonkers ex], but of each other.  One of the things I've been very happy to observe since moving so far from them, is how they still organise things to do together, and remain supportive of each other.  When youngest son had to self isolate due to fizzy flu symptoms, eldest son took food round for him as a matter of course.  One day [hopefully not for many years yet] I will no longer be around and so it makes me happy to know they look out for each other.

Maybe because of my upbringing, my philosophy is 'you take care of the tribe and the tribe takes care of you'.  Perhaps that's why I'm so against any form of prejudice too?  For me 'The Tribe' extends ever outwards.  We're all just people, no matter the colour of our skin/hair/eyes.  Regardless of our abilities, physical or mental, our age, religion [or none], our sexuality or gender, our music preferences, TV choices, or anything else that may be used to separate us.  As Jo Cox said “We are far more united and have far more in common with each other than things that divide us"   Of course I'm human so I struggle with Tories.  I'm still a work in progress after all.

Back to Ethina, she's continuing as a mobile hairdresser plus doing a few clients in her house.  One at a time mind you.  So I arranged to have a cut 'n' colour done this afternoon at her place.  Way back when, I had highlights done a few times, and once coloured my hair as I've previously mentioned, which was a temporary colour that washed out over a few weeks.  I've never had a permanent colour so it was all new territory for me.  I decided upon a natural blonde look [given blonde was my original colour].  I'm thinking when it grows out then I'll go for a really vibrant red.  Just to be funky.

Meanwhile, here's a pic daughter took of me when she visited so I could apply for my bus pass.  I'm not at all photogenic and not being able to smile doesn't help!  Hopefully it will help you compare. 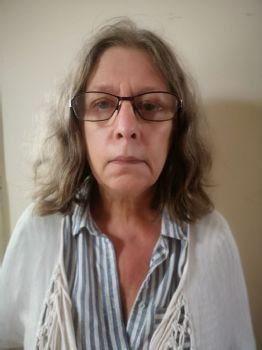 With this selfie I took when I got home this afternoon.  Of course this is The Wetlands so the skies had opened [not to mention the howling wind] as I left Ethina's place hence it's not quite 'salon perfect', still, it gives you an idea - hopefully.  The two pictures don't show quite how dramatic the colour change is imo. 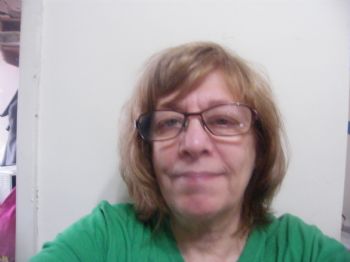