The Blind Side pushed & shoved into theaters in 2009. It’s about a young man, nearly lost in the Tennessee system, who made it to become a first draft pick to the Baltimore Ravens (NFL). It’s not really a sports story. (I will freely admit I don’t watch or care anything about sports - blasphemy!) Michael “Big Mike” Oher was a gentle giant. He was in & out of the foster service - he would run away, looking for his mother (she was a drug addict). Michael’s IQ was measured as 80. I think that’s the minimum for politicians ... although realistically, it might have been mama’s drug problems. And/or from him never really being taught to read.Back to the story. It really did happen (minus the Hollywood shine), taken in by the Tuohys, Leigh Anne & Sean, first, then they adopt him., then he went to Old Miss (University of Mississippi), then the almost never heard of first draft pick. His story was first published.in 2006, “The Blind Side: Evolution of a Game” by Michael Lewis. 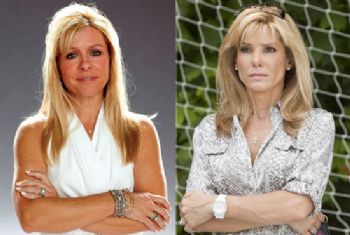 OK, the lost boy was taken into the fictional Windgate Christian School (based on the real Briarcrest School in Memphis, TN.) The kid was a born athlete! Yay, good for him, but no one seemed to notice the kid had the shirt he wore & the 1 he had washed for tomorrow in a plastic bag. At games @ the school, Mike would wander through the seating area, picking up food people left. No one noticed he didn’t have a place to stay, either. The Tuohy family’s boy, SJ for Sean, Jr, met Mike (calling him “Big Mike” like most people did) & made friends with the big guy. Coming home from an event on a bitter night, Leigh Anne insists he come home with them. She made a couch up for him. They eventually redid 1 of rooms & put a bed in it. Michael (he had told Leigh Anne he didn’t like being called “Big Mike”) & he said he never had 1 before. She asked “you mean you never had a room of your own?”” No”, he said, “a bed”. The Tuohys, by the way, we’re rich - Mama was an interior decorator & Pop was a millionaire with a fast food franchise. 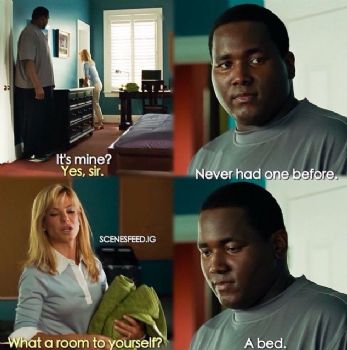 
I’m jumping back & forth a bit, Based on standard testing, they didn’t have much hope, but the Football Coach really pulled for him. He would sit in the back of the room, just listening, never writing anything. One teacher tried having him answer verbal questions - low & behold, Michael was soaking up information - pulled him up from grade point average of 0.6 (to 1.something - scale tops out @ 4.0 in most schools). He needed a 2.5 GPA, he eventually made it with an essay he wrote. They had hired him a private tutor. Michael was allowed to play football ... except he really didn’t seem to understand the game. That test that showed the 60 IQ also scored him in the 98 percentile for protective instincts. The coach was telling him to “push him!” (the other team). Finally, Leigh Anne took him aside & explained it like his team was his family - he needed to keep them safe., yada, yada, yada. That boy kept his quarterback & the whole, team, without gratuitous damage to the other squad. At his first school football game, Michael was the only person of color. The redneck other team, verbally abused him, leaving his confidence shaky. Mama Leigh Anne had a quick talk with the coach, then with Michael - take care of the blind side. Next thing, & the quarterback said his voo doo chant (hut, hut, hut!) - Michael took the nasty kid in an approvEd grip, lifted him & carried him to the dumper. He told coach he stopped when he heard the whistle, but he had planned to put him on the bus. 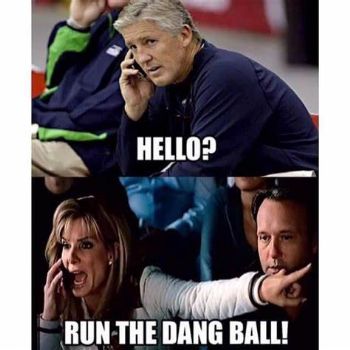 Leigh Anne calling the coaches during the game

Now, SJ was filming as much of Michael’s games. At some point, SJ made a video to all of the potential college football coaches. Most were very excited with getting him @ their programs. Coach after coach showed up to talk with Michael & the Tuohys.SJ did a lot of negotiation with the coaches (apparently, a lot of the coaches in the movie were the real thing.) Michael finally picked Ole Miss, making his adoptive parents very There was a daughter in the family, too. She also supportive. 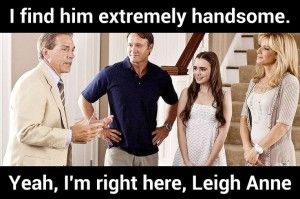 .The NCAA investigated the 17 yo kid - it looked a lot like they had grabbed an athletic kid off the streets, groomed him, & got him to the college they wasn’t him to go to. The NCAA was afraid other wealthy sponsors to colleges would do the same thing. Michael said he picked Ole Miss not because the family were (rabid) fans (Pop was a basketball player & Mama was a cheerleader there, had season tickets , etc) but becaue that’s where his family went. wanted Time passed, & Michael was selected by the Baltimore Ravens in 2009. 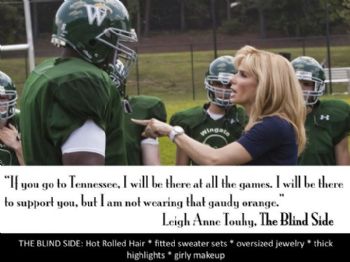 (If you go to Tennessee, I will be there for all the games.
I wrk be there to support you, but I am not wearing that gaudy orange)


Going Up the Country Canned Heat - used in the movie 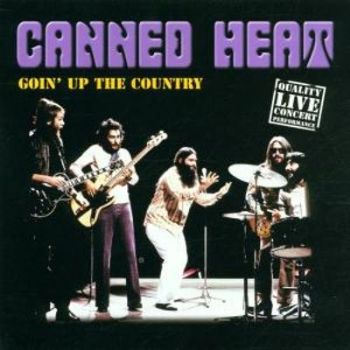 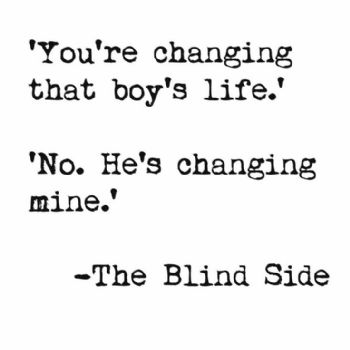 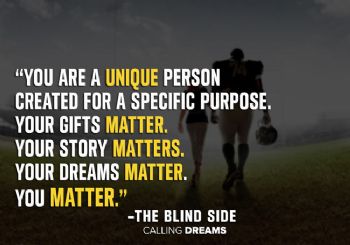 All this fussin' and fightin' man, you know I sure can't stay
So baby pack your leavin' trunk
You know we've got to leave today
Just exactly where we're goin' I cannot say 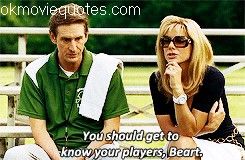 But we might even leave the U.S.A.
It's a brand new game, that I want to play
No use in your runnin', or screamin' and cryin'
'Cause you got a home as long as I've got mine

When you open your eyes, the past is gone.
The world is a good place & it’s all going to be OK
Michael Oher


The picture @ the end was the real Michael Oher. 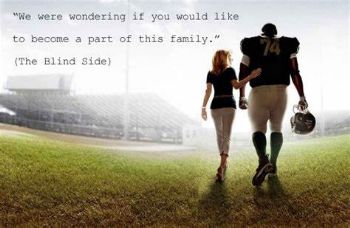