Not a Bad Omen 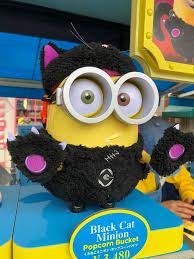 National Black Cat Day
National Black Cat Day recognizes black cats, especially those that are in need of homes. Black cats have many times been given a bad rap in life. In many cultures, they are looked on with superstition and are thought to carry bad omens. This is the case in most of Europe and in the United States. If a black cat walks in front of you, it is thought that misfortune will come. Black cats have been associated with witches, and some people believe that they are shape-shifting animals that are witches themselves. There are some countries where black cats are seen as good luck, such as Great Britain and Japan, and they have also been thought to bring good luck on some ships as the "ship's cat." But, the overwhelming belief has been that black cats are no good. Consequently, they have been neglected and it takes longer for black cats to be adopted from shelters.

If you have a black cat, show him or her off in public or on social media. The best thing you can do today is adopt a black cat, of which there are twenty-two types in all. If you aren't yet ready to adopt one today, you could always do it on Black Friday, when many places waive the adoption fees for black cats. You could also make a donation to Cats Protection, the group that founded National Black Cat Day.

Did You Know ~
I don't approve of political jokes...I've seen too many of them get elected.
Share This Post With Others
Report Inappropriate Blog
Member Comments About This Blog Post