Miracle on 34th Street may not sound like a Thanksgiving movie, but it started @ the Macy’s Thanksgiving Parade. The movie came out in 1947. The principle character was an elderly gentleman with a neatly trimmed beard. We first see him telling a window dresser he had the reindeers out of order. He then ambles along a sidewalk where the parade is getting organized. The gentleman realizes the Santa hired for the Santa float is drunk. He spoke to the woman in charge, Doris, who convinces Kris Kringle (our gentleman) to take the drunk guy’s place. He did such a good job, Doris hired him to be Macy’s store Santa @ the big store on 34th Street. Doris is divorced, with a 5 yo daughter. Doris has raised Susan to not believe in fairytales. Doris’s next door apartment dweller is Attorney Fred Gailey took Susan to meet Santa. Susan is skeptical, but she overheard Santa talking to a little girl i Dutch (who didn’t speak English). She questions him, trying to get him to admit there is no real Santa. Doris wants him to come clean, but Kris insists he is Santa. 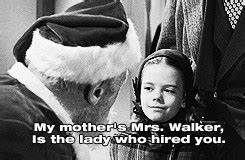 (My mother’s Mrs. Walker, is the lady that hired you)


Kris is an excellent Santa. When a woman asks him where to find something, he redirected her to another store (Macy didn’t have it, but Santa was supposed o suggest something Macy had) The woman he redirected found what she wanted @ the other store, & he came back to let the powers that be how very pleased with Santa, & would tell all her friends to shop @ Macy. The biggest competitor, Gimblel, adopts the new policy. Doris & other workers get a bonus. Yay! So, while pleased with Kris’s work, Doris gets him examined by a doctor, & easily passes. Even the doctor in charge of the nursing home Kris stays @ assures Doris he is harmless. Just to be on the safe side, Kris ends up staying with neighbor Fred. 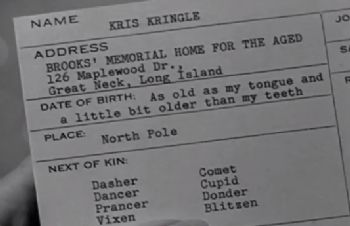 Another order @ Macy told Kris the guy that examined him for Macy, Sawyer, was too kind-hearted. Kris confronted Sawyer, & ended up hitting Sawyer on his head with his umbrella. Kris is sent to Bellevue to be assessed (Sawyer played up his injury). Yada, yada, yada, Kris is in court for a competency valuation. Fred is his lawyer. 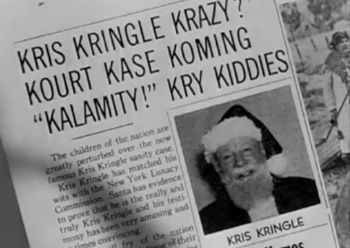 So, big court fight. A postal worker decides they have stacks & stacks of letters addressed to Santa, & they send all of it to the courthouse. The judge proclaimed that if the official postal service supported Kris as Santa, he wouldn’t contradict them. Case dismissed. (He also didn’t want kids to hate him) Little Susan had asked earlier for a house, & showed Kris a picture. He promised to try ... on Christmas, Fred, Doris & Susan are @ a celebratory party. Susan is disappointed she didn’t get her wish. Fred drove the home on backroads. Susan sees the house she wanted, & it has a “For Sale” sign. They go into th house, Fred & Doris decide to buy the house. Walking out of the house, they see Kris’s cane. 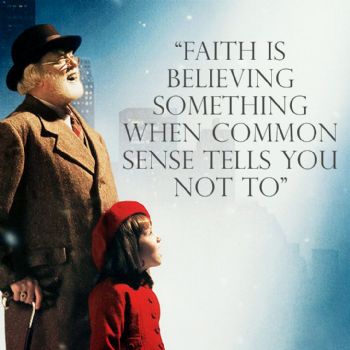 Jingle Bells Used in the movie.
Originally written for THANKSGIVING 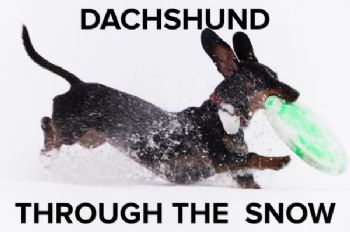 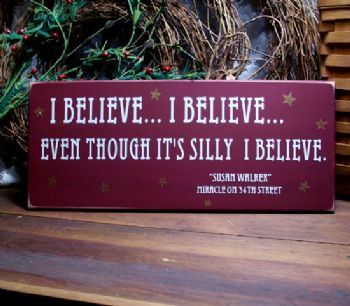 Bells on bob tail ring
Making spirits bright
What fun it is to ride and sing
A sleighing song tonight! 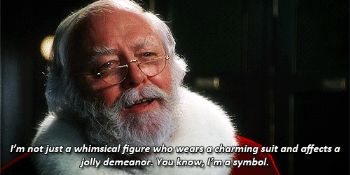 (I’m not just a whimsical figure who wears a charming suit
and affects a jolly demeanor. You know, I’m a symbol)


Jingle bells, jingle bells,
Jingle all the way.
Oh! what fun it is to ride
In a one-horse open sleigh. 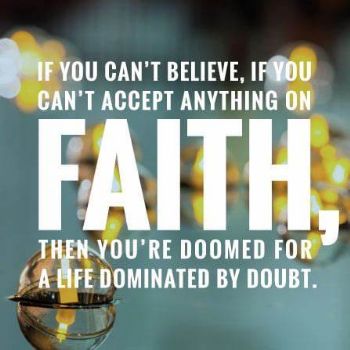 Jingle bells, jingle bells,
Jingle all the way;
Oh! what fun it is to ride
In a one-horse open sleigh. 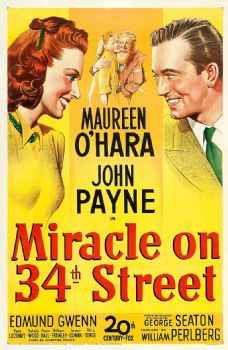 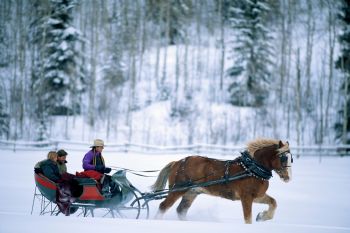