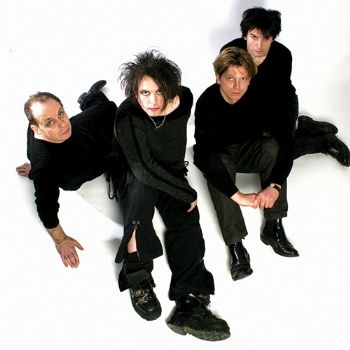 The Cure proved to be just what the doctor ordered on Saturday (Oct. 6) at the Shoreline Amphitheatre in Mountain View. The legendary modern rock band thrilled fans during what was only its second (and final) U.S. date of 2007.

Take away the Cure, however, and fans would’ve been left with a festival in need of serious life support.

The Live Nation manufactured Download Festival, which made its debut just last year at Shoreline, could well be on its last leg. The 2007 edition drew poorly _ at best only half filling the 22,000-capacity Shoreline _ and the lineup, besides the Cure, was mighty mundane. It’s pretty safe to say that the Cure could have drawn just as many _ or more _ fans to the venue without the assistance of the other acts on the bill.

Those are some of the reasons why it won’t be a surprise if Download doesn’t reappear on the Shoreline schedule next year.

Unlike last year’s go-around _ which featured Beck, TV On the Radio, Muse and the Yeah Yeah Yeahs _ there was very little buzz about Download 2007. What talk there was centered on the Cure, with almost no complementary chit-chat talking place about AFI, Black Rebel Motorcycle Club, She Wants Revenge and the other headliners.

Many people didn’t look at the event as an all-day festival _ they saw it as a Cure show with way too many opening acts.

For the most part, those acts didn’t do anything at Shoreline to prove Cure fans wrong and show that they deserved space on the bill. The one exception to that rule was Metric.

The Canadian rock quartet, led by terrific vocalist Emily Haines, delivered a thoroughly enjoyable early evening set out on the secondary stage erected in the venue’s parking lot. The band charmed the crowd with a seamless mix of ‘80s New Wave, ‘90s dance music and dreamy indie-rock sounds _ the latter being very reminiscent of that of the Sundays and Bettie Serveert.

Having seen the band live it now makes sense why the Rolling Stones once requested Metric to be their opening act. Haines, who wore a Jerry Garcia T-shirt at Shoreline, is a powerful front woman and she knows how to sell a song as well as nearly anyone in indie rock.

Far less interesting was Black Rebel Motorcycle Club, which offered up a bland dose of pop-rock and, in general, came across like one of the most overrated acts in rock history. Kings of Leon’s bluesy take on alt-rock provided a few nice moments, but not enough to distract many fans from using the time to shop the merch booths for more Cure paraphernalia.

Perhaps the biggest disappointment was the East Bay’s own AFI, which seemed to be in the midst of an identity crisis during its set. The group jumped from goth rock to punk to pop and basically acted like a less-interesting version of My Chemical Romance.

Then, finally, it was time for the Cure.

The group sounded as strong as ever _ like not a day had gone by since the release of 1985’s “The Head on the Door’’ _ as it charged through such cuts as “Open,’’ “Alt.end’’ and “The Baby Screams.’’ Vocalist Robert Smith _ now 48 _ delivered his words with the same kind of remarkable intensity and longing that he did when he was in his 30s.

Best of all, the Cure didn’t treat this show like part of a festival. The band gave the fans a full concert experience _ 2 ½ hours of music that grew stronger and more focused as the night progressed.

The Cure proved to be more than enough to fix what ailed this year’s Download. Next year, however, is a different story.